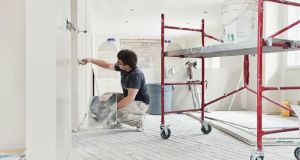 The Government has set aside €140 million to secure 3,500 of the State’s 183,000 vacant homes for social housing by 2021 under its Repair and Leasing scheme. File photograph: Getty Images

Housing charities tasked with finding vacant properties which could be refurbished for social housing have said property owners have shown “no interest” in the scheme.

Former minister for housing Simon Coveney last February said he was “confident that the initiative can deliver up to 800 homes this year” at a cost of €32 million.

However, so far, just seven property owners have signed deals nationally, while another seven in Dublin have submitted applications to join the scheme.

Focus Ireland, which was asked by Dublin City Council to source homes in southeast Dublin, said it had been unable to attract property owners to the scheme.

“We are getting very, very little interest – virtually nothing actually,” Mike Allen, Director of Advocacy in Focus Ireland said.

Dublin property owners who wanted to rent out their houses and apartments were unlikely to need the assistance of the State scheme, he indicated. “Our target is the southeast of Dublin. If all that was holding a property owner back was €40,000 worth of refurbishment, they would be likely to get a positive response from the banks, given the rents that could be achieved,” he said.

Focus was working with Waterford County Council, and with the Simon Communities in Cork, where the scheme seemed to be stimulating a greater level of interest - but numbers were “ still very low”, Mr Allen said.

“We might get a handful out of it, but in terms of the scale of what the Minister wants it’s not going to work.”

The work needed to secure the properties was incredibly time-consuming, he said. “It’s like a Pokémon hunt, without the technology. You need to identify the place, find out who owns it. It’s a crazy system. This is only going to work if you introduce some form of taxation with an obligation on the owner to explain why their property is empty.”

The Peter McVerry Trust, which was tasked with sourcing properties in Dublin city centre, said it had assessed 377 vacant properties, of which 160 had been viewed as potentially suitable for the scheme.

“We’ve approached a number of owners who have just rejected the scheme and are simply going to sit and hold the empty properties,” a spokesman said.

In many cases, owners of large property portfolios said they “weren’t interested in social leasing”.

Niamh Randall, national spokeswoman for the Simon Communities, said the rents payable to landlords once the costs of the repairs had been recouped would be significantly lower than could be achieved on the private market.

“The rents have been set at 85 per cent of market value - realistically they should be 92-95 per cent. If rents were set at the higher level I think we would get people on board much more quickly and easily.”

The scheme could be a strong contributor to solving the housing crisis, she said. “Vacant homes are the low-hanging fruit, they are the quickest way of securing housing for the people who need it, but the scheme needs to be more attractive.”

Túath Housing, which is seeking homes in northwest Dublin and around the country, said it was also having difficulty sourcing homes.

“Some require works that exceed total funds available for refurbishment and in other cases the net return to potential landlords falls below their expectations.”

Fintan McNamara, director of the Residential Landlords’ Association of Ireland, said while some landlords might be reluctant to sign 10-year deals with local authorities, most were simply unaware of the scheme. “This scheme needs to be better flagged by the Government - most of our members would be completely unaware of it.”