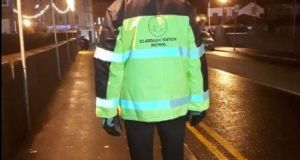 The 2020 Christine Buckley Volunteer of the Year award has been given to a Galway couple.

Arthur and Deborah Carr are responsible for the mental health support line Galway East Life Support as well as the city’s Claddagh Watch Patrol, which runs volunteer patrols aiming to prevent deaths by accident and suicide on its waterways.

Together they have recruited and trained over 80 volunteers for the CladdaghWatch Patrol, and every week they are on the bridges of Galway.

Volunteer Ireland chief executive Nina Arwitz said: “They have a clear passion for helping others and dedicate so much of their free time to supporting those in crisis.

“Not only do they have a big impact on those they help but also on the team of volunteers they support and train to carry out what I’m sure at times is a very difficult role.”

Other winners this year include Noelle Fitzsimons, who has been supporting victims of crime attending court for over 30 years, and three RNLI volunteers – Alec Fitzmaurice and brothers David and Fergal McGrath, who were involved in what was descrived as “a miraculous rescue in Tramore [Co Waterford] earlier this year.”

Another winner was the Achill Community Response group, which has been supporting the vulnerable, elderly and self-isolating on the island during the Covid-19 pandemic.

Due to restrictions awards were made by special delivery from Volunteer Ireland and included an engraved trophy, a framed message from President Michael D Higgins, complimentary tickets to the EPIC Irish Emigration Museum in Dublin and a hamper.

All 805 volunteers nominated this year were sent a special thank-you card from Volunteer Ireland.

The Department of Rural and Community Development and Healthy Ireland provided funding for the awards, while GLS helped deliver the 40 awards across the country. EPIC donated more than 700 tickets for winners.

The Volunteer Ireland Awards, now in their 13th year, aim to recognise ordinary people doing extraordinary things. The overall Christine Buckley Volunteer of the Year award is named after the late Ms Buckley, a dedicated campaigner for people abused in residential institutions for children.