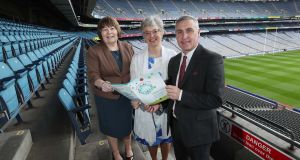 The chief executive of the Child and Family Agency Tusla says external inquiries and investigations into the organisation are acting as a “distraction” to its work in the area of child protection.

The agency was embroiled in controversy earlier this year over a file which contained false allegations about Garda whistleblower Maurice McCabe, an error which precipitated the creation of an independent inquiry.

The revelations also prompted Mr Justice Peter Charlton to include Tusla’s role in the creation of the file in a tribunal into the treatment of Garda whistle-blowers, while the organisation’s chief executive Fred McBride says it is also the subject of nine investigations by State health watchdog Hiqa.

Mr McBride later issued a personal apology to Sergeant McCabe over the mistake, but now says he has never experienced such “unprecedented” levels of scrutiny in over three decades in social work and that it is difficult for Tusla employees not to perceive this as “hostility”.

Adding that he has “no problem” with scrutiny, Mr McBride said so much scrutiny at the same time is acting as a distraction and that there had been some hysterical reaction to Tusla’s involvement in the controversy.

He was speaking at the launch of Tusla’s Child Protection and Welfare Strategy 2017-2022 which provides a roadmap to streamlining services offered by the agency and ensuring consistency of service provision throughout the country.

Thousands of Tusla staff will be trained in implementing the new strategy over the coming years.

Among other things, it seeks to realign the relationship between the agency and families so that children are given the best possible opportunity to remain in communities and with relatives rather than in institutionalised care where appropriate.

In light of claims that Tusla is losing 150 social workers a year as stated in the Dáil recently Minister for Children and Youth Affairs Catherine Zappone said her department is looking at the area of pay and conditions in order to entice and retain more employees.

“In recruitment terms we’ve been doing not too bad. I think one of the main challenges is retention not just recruitment, so we need to look at how we can support people in what is a very stressful environment from time to time,” he said, adding:

“Part of this approach really is about trying to free up social workers and other frontline staff to spend as much time in face-to-face contact with families rather than sitting behind a computer or writing reports.

“There will be other things we can do in terms of conditions as well, but actually freeing people up to do the job they were trained to do we think will be a big contribution to retention.”