Tusla has not made sufficient progress on governance, report finds 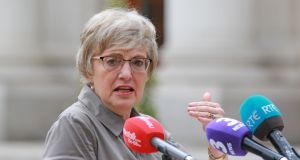 Tusla has not made sufficient progress on governance issues at a local and regional level, an expert group has found.

A progress report was published by the Expert Assurance Group (EAG) set up to examine governance in the Child and Family Agency Tusla with regard to how it is improving its handling of child sexual abuse cases .

The group was established by the Minister for Children in the wake of the handling by the Tusla Cavan-Monaghan office of an historical and false allegation relating to Garda whistleblower Sergeant Maurice McCabe.

In its progress report, the expert group chaired by Dr Moling Ryan said , in respect of measures to address governance at local and regional level, it “does not consider that sufficient progress has been made at this stage”.

“The Hiqa report is emphatic that effective governance at all levels in the organisation is fundamental to the effectiveness and sustainability of the reforms being undertaken. The EAG is aware that these actions are at an early point in its progress and will give further consideration to governance in the New Year,” it said.

On the management of retrospective cases, it noted the establishment of dedicated retrospective abuse social work teams in each region was “on going”, and said Tusla had advised it that most or all were to be in place in the near future.

The group also said it welcomed the evidence of improved structures strengthening Tusla’s close working relationship through the An Garda Síochána/Tusla joint working protocol and the rollout of Garda Protective Services Units.

It considered that a “formal organisation-wide performance management system” within Tusla was “essential”.

“The need for an effective workforce strategy that meets the immediate as well as long term goals for the organisation cannot be overstated,” the group said.

“ It is well documented that Tusla has not been able to recruit the number of social workers to meet its needs, and is unlikely to be able to do so in the immediate term. The EAG expects that the workforce strategy, and its implementation, will provide insight into how Tusla will adapt to these labour market conditions in a manner that will deliver effective services to children.”

Improvements to be made

The expert body said it remained apparent that there were “significant improvements to be made across the systems employed to deliver on Tusla’s core objectives”.

“The continuous focus on deficit erodes confidence in the system and the morale of those we have asked to act on our behalf to protect and care for children,” it said.

“The overall goal remains for there to be a supportive, community based, co-ordinated and evidence informed service that strives for good outcomes for children and families.”

Minister for Children Katherine Zappone said she appreciated “the clear information provided which demonstrates the work being done to guide Tusla in implementing Hiqa’s recommendations”.

She said she was pleased that the third interim report of the Disclosures Tribunal had been taken into account by the group in its work.

The tribunal found former Garda Commissioner Martin Callinan and Supt David Taylor had engaged in a smear campaign against Mr McCabe in response to his whistleblowing.