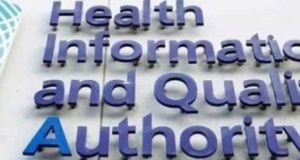 Children at a residential support centre for teenagers told social care inspectors they did not always feel safe due to the behaviour of other children living there, an inspection report said.

Children at a residential support centre for teenagers told social care inspectors they did not always feel safe due to the behaviour of other children living there, an inspection report said.

Some children at the centre in Co Kildare told inspectors from the Health Information and Quality Authority (Hiqa) that the behaviour of others was having a negative impact in the centre and this made it difficult at times to live there.

The service provided medium to long term care to five young people who were aged 13 to 17 on admission and there were four children living at the two-storey house in a residential area at the time of the inspection last September.

The regulator monitors services used by some of the most vulnerable children in the State against national standards and it also provides advice to the Minister for Children and Youth Affairs and the Child and Family Agency Tusla.

“Inspectors found a varied level of service was being provided to these children, with some services adequately meeting children’s needs and other services requiring improvement to meet the standards,” Hiqa said.

At the Kildare centre, inspectors found that children had complained about the situation and that it had escalated in the weeks prior to the inspection.

“The centre manager and interim service manager acknowledged the risk to children in the centre to inspectors. They also told inspectors that they were confident that their actions would result in the desired reduction of risk.

“However, staff and managers told inspectors that alternative placements were difficult to source for children with challenging behaviours. This meant that, despite the staff teams’ commitment and vigilance, a child with complex behaviours may remain living in the centre in spite of the risks they posed to other children.”

Overall, inspectors found that children were “safe and well looked after and had a good quality of life. Children’s rights were promoted and children were involved in decisions about their care”.

But Hiqa said further improvements were required in the governance and management of the centres including risk management, monitoring and oversight, staff supervision and training.

“All of the services have provided action plan responses to address the non-compliances identified on inspection and timelines for implementing these actions.”