Call for national director for mental health as ‘no-one accountable’ 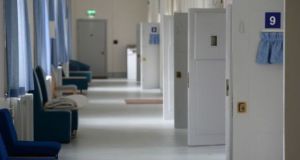 The head of the Mental Health Commission has expressed concern about people, who are not properly trained or qualified, trying to support people onlin with their mental issues during the Covid-19 pandemic.

John Farrelly said it is “really important” that those who are offering support online have the proper knowledge to ensure they “know how to help someone”.

“What I would be worried about, which I have seen during Covid, is an awful lot of people who are very well-intentioned wanting to do things online and digitally and from what I’ve heard and seen they wouldn’t be capable of supporting people,” he said in an interview with The Irish Times. “They’re not trained properly to actually facilitate something.

“So they’ve gone through something themselves and they’ve come out the other side so they might be setting up a group but they don’t have the skills or competence to actually do it.

“I’ve definitely noticed that during Covid, there’s this sense that peer support will always get you over the line but that’s not necessarily true. You also need people who know what they’re doing.”

The commission is the regulator for mental health services in Ireland, though under existing legislation its scope is limited to in-patient services only.

Mr Farrelly said there needs to be a national director for mental health as there is currently “no one accountable” to ensure that a community-based approach is implemented as set out in the Government’s Sharing the Vision mental health policy.

“Who is actually accountable for delivering that? There used to be a national director for mental health, that was taken away,” he said.

“That was Government policy and that was taken away and you didn’t hear any politicians or anyone in government saying anything about it. They just allowed it to happen.

“You need a leader, you need a mental health tsar to drive this through and we’ve loads of talented people who could do that.

Mr Farrelly said mental health services have “managed well” during Covid-19, and that the pandemic has shown how vital the voluntary and charities sector are in providing certain services.

“A lot of people don’t care who provides the service to them, all they want is someone to address what’s going on for them at that time in a healthy way,” he said. “It’s about outcomes - I would rather be reliant on a charity and get the treatment I need then be reliant on the State and not get the treatment.”

Mr Farrelly said the State “has an obligation to vindicate the rights of the citizen” and they can do it themselves or procure services through charities or the private sector.

“St Patrick’s Hospital is a voluntary sector charity and that’s driving reform of mental health. If you look at what Jigsaw (the mental health charity for young people) is doing, it would have taken the State years to do that.”

He said the commission planned to run a public consultation on the use of seclusion and restraint in mental health services early in 2021 and that new recommendations on these practices would follow in the second half of the year.

“We brought them (seclusion and restraint) down an awful lot but it’s one of those sticking problems that’s still there in the system,” Mr Farrelly added.

He also said that Central Mental Hospital’s move from Dundrum to Portrane in north county Dublin would “definitely” happen in early 2021.

“We’ve been driving for a long time to get that building replaced so we’re very happy that’s going to happen early in the New Year,” he said.