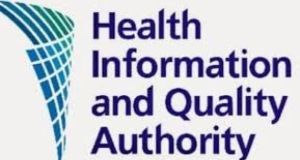 Three large centres for people with disabilities in west Dublin may face closure following a further highly critical set of reports from the State’s health watchdog.

The Health Information and Quality Authority has signalled it may consider cancelling the registration of the three centres run by Stewarts Healthcare if it fails to improve its governance and management systems to ensure safe care for the residents.

In a statement, Stewarts said it fully accepted the conditions described in the Hiqa report were unacceptable and that governance and management systems were not effective.

“In particular, the risk of abuse of any kind and/or the failure to report it is unacceptable and we are addressing that risk as a priority.”

Two of the centres are in Palmerstown in Dublin and the third is in nearby Lucan. In total, Stewarts provides services for more than 700 adults and children.

Hiqa inspectors found “ineffective governance and management systems to ensure that the care provided to residents was safe”.

Hiqa said it now required Stewarts to submit a governance improvement plan in relation to all of its centres and would be closely monitoring the implementation of that plan to verify whether it resulted in improvements to the safety and quality of life of residents.

“The outcome of this monitoring will inform a final decision on the registration of the centres,” Hiqa said.

In a statement, the board of Stewarts Care said the inspection reports were “difficult to read”.

An action plan to address the issues was ongoing but the scale of the change required was “extraordinary and unprecedented”.

“It involves providing new physical infrastructure as well as significant changes in structure and human resources. Critically the change prescribed requires investment beyond the resources ordinarily on hand to Stewarts Care.”

A number of senior appointments had been made to oversee and drive the change programme. The board said it acknowledged this was not without its difficulties, as captured by the inspection reports.

Bus Éireann to shut many inter-city routes due to financial pressures 15:23
Northern Ireland reports 220 new cases of Covid-19 14:54
Gardaí want to talk to three males over alleged rape in Mayo 13:58
Substantial increase in overseas travel last month 13:48
Coronavirus cases rise in most counties but rate of increase is slowing 13:39