State to improve protections for people with disabilities against hate crimes 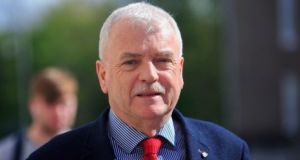 The actions are contained in the mid-term review of the National Disability Inclusion Strategy (NDIS) 2017 – 2021, published today by the Minister of State with responsibility of disability issues, Finian McGrath.

The review, which sets out a framework for actions on disability from now until the end of 2021, was completed following detailed consultation with disability stakeholders, relevant departments and agencies.

Other priority areas included in the report are the removal of references of “persons of unsound mind” from the statute book and increase the target for the percentage of people with disabilities employed in the public sector to 6 per cent.

The commencement of the Assisted Decision-Making (Capacity) Act 2015 will also abolish wardship and provide support that respects a person’s will and preferences, the document states.

The Department of Justice added that work will begin on the issue of intersectionality to identify the particular needs of people with disabilities depending on their gender, sexual orientation, ethnicity or on whether or not they are migrants or of migrant origin.

As well as listing out future plans, the review also reflects on some of the actions that have been completed since the strategy was launched in 2017.

The strategy set a target for 8 per cent of students with a disability entering third-level education. The overall participation rate has increased to 10 per cent, surpassing the target. As a result, a new target of 12 per cent has been set for 2021.

The document also highlights “significant progress” in the accessibility of public transport, the enactment of the Irish Sign Language Act 2017 and the ratification of the UN Convention on the Rights of Persons with Disabilities in April 2018.

In a statement, Mr McGrath welcomed the progress that had been made but acknowledged there was still work to be done.

“This work has always been a particular passion of mine, and will continue to be,” he said.

He added: “Ireland should be a country where people with disabilities have complete equality, can participate fully in our society, and enjoy a quality of life on a par with the rest of the population.”