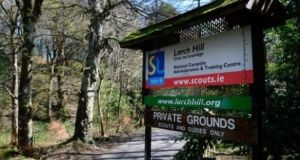 Individuals who had a “sexual interest” in children rose to positions of power in legacy scouting organisations and were able to prevent known child abusers from being removed from the organisations, according to a damning report into the historical abuse scandal.

There was “cover up and there was a failure to report” the abuse, and an “almost complete absence of any concern for the young people that were abused,” the report said.

“Abuse did happen and was not responded to in a way that protected the young person or sought to hold the offender to account,” Mr Elliott said.

“Individuals who had a sexual interest in young people, rose to positions of power and influence on occasions and controlled any fledgling accountability processes, preventing known offenders from being removed from scouting,” the report said.

The number of alleged victims of child sex abuse has increased to 356, and 275 alleged perpetrators, and a further 70 victims of alleged youth-on-youth abuse. The alleged abuse primarily occurred between the 1960s and 1990s.

The historical child sexual abuse scandal relates to predecessor organisations, the Catholic Boy Scouts of Ireland (CBSI) and the Scout Association of Ireland (SAI), which merged to form Scouting Ireland in 2004.

The report said one of the legacy bodies was a “seriously dysfunctional organisation,” with “sex offenders dominating the leadership for decades”.

The culture of the legacy organisations was “driven by self-interest”, with little attention paid to the young people involved in scouting.

The report concluded the existence of this “negative culture driven by self-interest, along with poor governance structures, as being the main cause of the continuation of sexual abuse in scouting”.

The “close link” between CBSI and the Catholic Church meant some noted clerical sex offenders found “acceptance of their practices” in the scouting body, particularly during the 1980s and 90s, it said.

Cronyism “thrived” in the former bodies and remained a “significant problem in scouting” up until Mr Elliott’s first involvement with Scouting Ireland in mid-2017, he said.

“Poor governance structures contributed greatly to the failure of scouting to consistently and comprehensively address abuse,” and individuals who behaved badly were not held to account, he said.

Mr Elliott, who also acted as Scouting Ireland’s interim safeguarding manager for a period, has been investigating the scale of the historical abuse for over a year.

There is evidence that sex offenders at the top level of the legacy organisations operated as groups to protect each other, “preventing any attempts to hold an alleged offender accountable for their actions, if they were part of their group,” the report said.

Volunteers who tried to report abuse were put under pressure and told that certain senior officials were “too important” to be challenged, the report said.

In some cases, people in power used information of allegations made against individuals for the “purposes of exerting pressure” on them to support certain policies or actions. The report found in this way information had a “value in manipulating people, rather than being focused on protecting young people.”

In an online press conference, Scouting Ireland board chair Adrian Tennant, made a full organisational apology over the historic abuse.

Mr Tennant said Scouting Ireland “unreservedly apologise to the victims and survivors of abuse in scouting who were failed.

Commenting on the report, Mr Tennant said it revealed crimes were “ignored and in some cases actively covered up.”

Sexual predators had “used the movement” to destroy the lives of young people, he said.

“Based on emerging evidence senior volunteers, who were thought to be sex offenders themselves, did share information with each other about their abuse and took steps to facilitate that abuse for each other,” he said.

The report found the previous record-keeping system of files related to alleged child abuse cases was “chaotic,” and material was “often stored in the homes of key volunteers”.

Despite repeated requests over the past two years for these files to be passed to Scouting Ireland’s headquarters in Larch Hill, “very little additional documentation has been surrendered,” the report said.

Due to this “systematic” failure to create and retain proper records of abuse allegations Mr Elliott said the “full extent” of the abuse cannot be known.

Scouting Ireland had failed to secure this documentation after its formation and through that “negligence” had contributed to its loss, it said.

The past abuse was first disclosed by the organisation at an Oireachtas committee hearing in November 2018.

An initial review by Mr Elliott had uncovered 108 alleged victims of abuse and 71 alleged abusers, following an audit of historical files, and information provided by survivors coming forward.

On foot of the revelations Mr Elliott was commissioned by the organisation to complete a full report into the scale and nature of the past abuse.

Several survivors and Opposition politicians have previously called for a statutory inquiry to be held into the historical abuse.

Taoiseach Leo Varadkar told the Dáil last November the Government would consider a “commission of investigation or a statutory inquiry of some nature” into the scandal.

The controversy facing Scouting Ireland began over two years ago, when The Irish Times reported details of a confidential review which had found the handling of a rape allegation concerning two adult volunteers to be “deeply flawed”.

The youth organisation’s State funding was twice suspended; in 2018 by Minister for Children Katherine Zappone over governance concerns in response to the controversy.

Scouting Ireland has more than 50,000 members, including 12,000 adult volunteers.