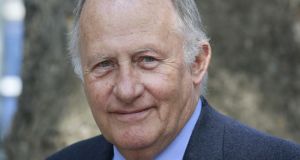 Ian Elliott has been investigating the historic abuse for over a year. Photograph Nick Bradshaw for The Irish Times

The report is understood to be around 50 pages in length and makes 12 recommendations, as well as detailing several case studies. Scouting Ireland is to make an “organisational apology” to all survivors of past abuse in response to the report’s publication.

Mr Elliott, who also acted as Scouting Ireland’s interim safeguarding manager for several months, has been investigating the historic abuse for over a year.

The report, titled “Historical Sexual Abuse in Scouting: A Learning Review”, was sent to Scouting Ireland’s board of directors several weeks ago. The board initially delayed publication due to concerns over the impact on abuse survivors potentially isolated and cocooning due to the coronavirus, sources said.

The historic child sexual abuse scandal relates to Scouting Ireland’s predecessor organisations, the Catholic Boy Scouts of Ireland (CBSI) and the Scout Association of Ireland (SAI), which merged to form one association in 2004.

To date 321 alleged victims have been identified, 247 alleged perpetrators, and a further 70 victims of alleged youth-on-youth abuse. The alleged abuse primarily occurred between the 1960s and 1990s, with evidence of elements of a cover-up involving senior figures at the time.

Several staff members will be posted to a dedicated helpline in Larch Hill, the organisation’s head office in south Co Dublin, to respond to potential calls from survivors on Thursday.

The abuse revelations were first disclosed by the organisation at an Oireachtas committee hearing in November 2018. Evidence of the abuse was uncovered following an initial review by Mr Elliott including an audit of historic files, interviews with former staff and senior volunteers, and information provided by survivors coming forward.

On foot of the revelations Mr Elliott was commissioned by the organisation to complete a full report into the scale and nature of the past abuse.

However, several survivors and opposition politicians have called for a statutory inquiry to be held into the historic abuse.

Speaking in the Dáil last November, Taoiseach Leo Varadkar said the Government would consider a “commission of investigation or a statutory inquiry of some nature” into the scandal.

Safeguarding issues in Scouting Ireland were first revealed over two years ago. In February 2018 The Irish Times reported a confidential review had found the organisation’s handling of a rape allegation concerning two adult volunteers to be “deeply flawed.”

The youth organisation’s State funding was twice suspended by Minister for Children Katherine Zappone over governance concerns in response to the controversy.