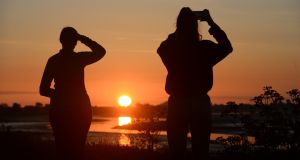 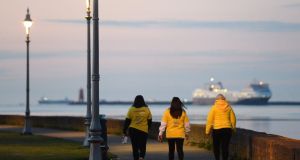 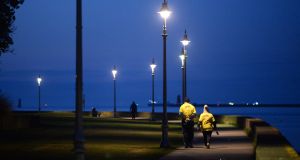 Mental health charity Pieta House is bolstering itself for a further surge in calls over the coming weeks and months as lockdown measures are eased and people struggle to cope with new circumstances.

Tom McEvoy, funding and advocacy manager with the charity, said it was already dealing with an “unprecedented” increase in calls since February, the figure having “at least doubled” to more than 14,000 on the same period last year.

“It is not to be unexpected that this period of lockdown is causing raised anxiety in our community,” he said.

“People are in crisis, depending on their own personal circumstances, and some are perhaps not equipped to manage and deal with this unusual period we are going though, and that is what we are there for, offering that helping hand to them to get through this period.”

Pieta House provides free therapy to those engaging in self-harm, with suicidal ideation, or bereaved by suicide.

Mr McEvoy said the charity is preparing itself to be “needed more than ever before” in the weeks ahead.

“We feel in the not too distant future, when people start coming out of the lockdown that there will a further increase in raised anxiety,” he said. 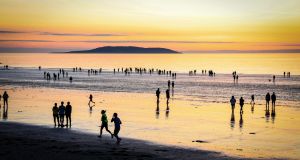 #DIL2020 from The Hellfire Club. More than ever our donations are so important #pietahouse ❤️❤️ pic.twitter.com/PQ3FdlMqlB

“We are preparing for that with our service, and we hope we will be able to cope with that.”

The charity was forced last month to postpone its annual Darkness Into Light fundraiser because of the Covid-19 crisis, resulting in a loss of around €6 million.

However, it expects a “sunrise appeal” in which thousands of people got up before dawn on Saturday “to join united in the fight against suicide and self harm” could raise €3 million.

“It has just been overwhelming, the support that has come in,” said Mr McEvoy.

“We are so thankful to the Irish community. They came out in their droves. We weren’t sure where this event would bring us.”

People around the country gathered – socially distanced – at beaches, harbours, parks and on streets while others walked or ran to mark the sunrise, many posting spectacular pictures of the dawn on social media.

Up to €2 million of the €3 million was raised through a special Late Late Show on Friday night – featuring appearances by actor Pierce Brosnan and musicians Mary Black, Sharon Shannon, Frances Black and Mary Coughlan – which was dedicated to the charity.

Electric Ireland contributed a donation of €100,000.

Pieta House recently announced salary cuts of up to 30 per cent and 28 redundancies for clinical support workers due to a “very significant funding gap”.

“We are struggling for funding, we are looking at a huge huge gap, so this weekend has really helped to bring in funding we wouldn’t have otherwise received,” said Mr McEvoy.