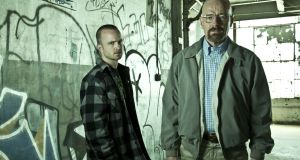 Before writing this piece, I asked a number of people what sin meant for them. A journalist colleague said he found some forms of unkindness sinful. Two of my fellow priests said that sin meant missing the target.

What is sin? The concept of sin only makes sense in the context of a relationship with a personal God. Sin is the damaging of the integrity of our friendship with God. And that also includes our relationship with other people and the world about us.

In tomorrow’s liturgy St Paul (Romans 5: 12-15) tells us that sin existed in the world long before the law was laid down. The prophet Jeremiah (20: 10-13) writes that the Lord has delivered the souls of the needy from the hands of evil men. In the Gospel reading from St Matthew (10: 26-33), Jesus assures us, “If anyone declares himself for me in the presence of men, I will declare myself for him in the presence of my father in heaven”.

My sense is Christ is more interested in the sinner than in the sin. Might it be possible that by placing an over-emphasis on law, rules and regulations, we are placing too much emphasis on the sin and moving away from mercy and empathy for the sinner?

I’m reminded of an incident that happened my late mother: when baking a cake on a Good Friday, she absentmindedly tasted some ingredients. She later phoned the local priest to know if she could receive Holy Communion later that day. He said she couldn’t and that it would be sinful if she did. That’s a long time ago. The unfeeling response to a woman trying to live her faith still troubles me. But what does it say about the priest and the theology he had been taught?

I find it more helpful to see sin as falling short of living up to the Christian ideal. Sin is intrinsically linked to putting ourselves first and above everyone, including God.

Most of all it’s important to stress that God in his mercy is always ready to offer forgiveness to the sinner. And that’s far stronger than the most persuasive seductions that come our way.

Remember, Jesus has died on a cross for you and me and the Holy Spirit is among us.

Everything to do with God is surrounded by mystery. That does not prevent us from trying to say something about God, and how we damage our relationship with God.

Breaking Bad is said to be one of the best TV drama series. It’s the story of Walter White, a chemistry teacher, who is short of cash. He gets into the drug trade. Over the 62-episode series he moves from being a good person to being evil. It is inevitable the choices he makes will lead to his doom. The series charts how he destroys his relationships with those he loves.

I am struck by the fact that it is a tale about falling from grace. White loses out on living a good or worthwhile life.

He totally relies on his own intelligence and cunning. He causes untold damage to himself and those close to him.

Isn’t that exactly what sin is, a falling away from the grace that God offers us, the damaging of our relationship with God and others?

When St Dominic founded the Dominican Order in the 13th century he insisted that the constitutions of the Order were not binding under sin.

An over-emphasis on sin is not at all the message of the Gospel.

Jesuit priest, Alfred Delp, who was murdered by the German authorities in January 1945, wrote in prison: “We believe more in our own unworthiness than in the creative impulse of God.”