Around 86 million Europeans including 19 million living in poverty 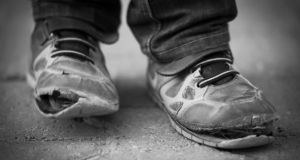 The social and economic consequences of the Covid-19 pandemic could destroy the EU, Dr Seán Healy, director of Social Justice Ireland, has said.

The EU “never fully recovered from the financial crisis of 2008 and without substantial and coordinated action now, the current social and economic crisis could destroy it,” he said.

“Over 10 years on from the financial crash, and after six years of economic growth, before the onset of Covid-19, across the European Union there were 16.8 million people unemployed, 6.65 million people long-term unemployed, and 86 million people living in poverty of whom 19 million were children. This presents significant challenges as Europe grapples with the social and economic consequences of the current crisis,” he said.

He was speaking at the launch of A Rising Tide Failing to Lift All Boats, the latest publication from Social Justice Ireland in its European Research Series.

Michelle Murphy, research and policy analyst at Social Justice Ireland, said “the European response must be focussed on protecting people across the lifecycle, young and old, men and women, those with an income and those with no incomes. Those people who were already in a difficult situation before the Covid-19 crisis will be hit the hardest, and unlike in 2008, they must be protected as part of any recovery.”

Dr Healy said their latest publication indicated a need “to develop a social welfare and support system that can adapt to changing realities and withstand future shocks in a post-Covid world. Minimum income schemes, the Living Wage, Basic Income schemes, the changing nature of work, adequate investment, access to quality services, representation and sustainability are policy areas which are discussed and examined in this research.”

About 10 per cent of employed people in the EU live in poverty on an ongoing basis, a greater proportion than in 2008, it found.