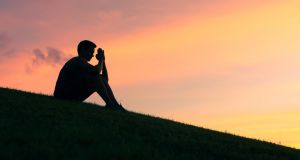 Forgiveness cannot be enforced; it must be a voluntary act. Photograph: iStock

Eva Kor was a Romanian-born Jewish survivor of the Holocaust. In 1944, aged 10, she with her family was sent to the Auschwitz concentration camp.

Her father, mother and her two older sisters were quickly murdered but she and her twin sister were spared for the purposes of the ghastly experimentation programme directed by the infamous Dr Josef Mengele. She explains: “Miriam and I were part of a group of children who were alive for one reason only – to be used as human guinea pigs . . . Starved for food and human kindness, it took every ounce of strength just to stay alive.”

Few survived but somehow the Kor children did.

It is impossible to imagine the pain and terror they experienced at the time and the anguish that remained afterwards as they faced the future without family.

Eva had every reason to be filled with hatred and a desire for revenge.

However in 1993 she was challenged by a friend to forgive Mengele. “At first”, she wrote, “I was adamant that I could never forgive Dr Mengele but then I realized I had the power . . . the power to forgive. It was my right to use it. No one could take it away.” She forgave him and as she did she felt a burden of pain was lifted from her. “I was no longer in the grip of hate . . . (forgiveness) was a miracle medicine. It is free, it works and has no side-effects.”

Eva Kor and others like her are exceptional because most of us find it hard to let go the past; it’s much easier to play victim.

Jackie Kennedy suggested that as a nation we were like that when she remarked to a historian: “These Irish, they always seem to have a persecution thing about them, don’t they?”

Her words speak to the recent controversy over the commemoration of the Royal Irish Constabulary. This is not the place to discuss the political issues except to say that as a matter of fact terrible things have been done on all sides of the Irish conflict and holding on to bitterness does little for reconciliation.

Mahatma Gandhi, leader of the Indian nationalist movement, repudiated violence and those who would justify it. He borrowed from the Old Testament to point out the futility of revenge when he suggested that an eye for an eye only ends up making the whole world blind.

It has already done so for some on this island. Writing from a Christian perspective, Fr Adrian Hastings points out in The Shaping of Prophecy that we are all part of a community of guilt. “We need to recognise that it is an inevitable part of our moral being as humans that we are sinners, sharing every one of us in a quality of guiltiness. Perhaps we can only help people to cope with guilt if, first of all, we can agree on that . . . It is from within a community of the guilty that we have to approach guilt, not as people who stand outside or think that it is even possible to stand outside. There is no us and them.”

The teaching of Jesus on prayer includes these words which will be said tomorrow at every Mass and Church service: “Forgive us our trespasses as we forgive those who trespass against us.”

Forgiveness cannot be enforced; it must be a voluntary act but Eva Kor shows that it can be transformative for us as individuals, as a nation and indeed for the world.

Corrie ten Boom, another victim of Nazi cruelty, wrote: “Forgiveness is the key that unlocks the door of resentment and hate. It is a power that breaks the chains of bitterness and the shackles of selfishness.”