Recommendations ‘undermine assurances’ abortion will not be introduced for disability 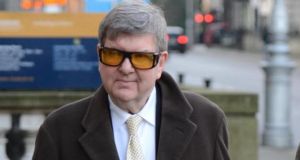 Two former moderators of the Presbyterian Church in Ireland have written to all TDs and Senators expressing grave concern at recommendations that unrestricted abortion be allowed in Ireland up to 12 weeks and for health reasons thereafter.

In their letter, Rev Dr Trevor Morrow and Rev Dr Norman Hamilton have said “our church holds a strongly pro-life position, while recognising that there can be very exceptional circumstances when the termination of pregnancy may be necessary”.

They continued: “However, we are very gravely concerned about the [Oireachtas] Committee’s recommendations to introduce abortion with no restriction as to reason until the 12th week of gestation, and beyond 12 weeks on health grounds.

“Even if the recommendation of abortion on request is excluded, the health proposals on their own will create similar provisions to those in Britain, which have, in practice, brought about abortion on request (we note that one in five pregnancies ends in abortion in Great Britain and that of the 190,406 abortions in England and Wales in 2016, 97 per cent took place on health grounds).”

The recommendations “also effectively undermine any assurances that Ireland will not introduce abortion for disability, as the experience of other countries demonstrates that unborn children with Down syndrome or other conditions are aborted under health grounds,” they said.

“The scientific evidence and logical conclusion that new human life exists from conception clearly implies that every society genuinely committed to fundamental human rights, especially the right to life, should take the moral and physical status of the unborn very seriously indeed,” they continued.

It was “clear that Irish society has come to value unborn human life in a way that it is not valued in other societies, demonstrating how the law plays an important role in shaping culture. In recent decades, practices of abortion have been introduced and legalised in the West which represent a tragic reversal of the process by which we have learned to value and protect those who Jesus described as the ‘least’ among us.

“We strongly urge you to work for an Ireland that follows a different, more truly progressive path, and is a place where the weak and vulnerable, including children in the womb, are cherished and protected,” they said.

Acknowledging “the deep human pain and tragedies with which we are concerned when addressing this issue”, they said “many women and their families will find the ongoing discussions very difficult due to the loss of a child or for other reasons, and it is important that all of us in public leadership, while seeking a robust and informed debate, are mindful of these realities.”

They believed “that the vast majority of citizens in Ireland regard every human life as having dignity, value and worth, and this includes both the mother and the unborn child.

“In affirming life, wellbeing and human dignity, it is important that we work together to ensure that the best possible care is provided to women, their children and families in times of crisis, including practical, emotional and spiritual support.

“We welcome the reference in the committee’s report to perinatal hospice care – something which our church has been calling for, to provide support to parents in cases of life-limiting illness while respecting the life of the unborn child.”