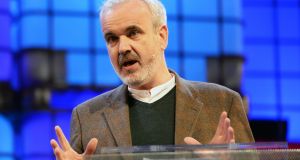 Colm O’Gorman was founder of the One in Four group, which assists abuse survivors. File photograph: Eric Luke / The Irish Times

The Pope will meet abuse survivors as part of his visit to Ireland later this month, it is understood, though details of when and whom he will meet will not be released in advance to protect the anonymity of survivors.

Sources indicated the meeting would take place a day after the Catholic Archbishop of Dublin Dr Diarmuid Martin said “time is very tight” for Pope Francis to meet survivors of church abuse during his visit.

Dr Martin had said he was pushing the Vatican to have the pope meet a cross-section of survivors of industrial schools, Magdalene laundries, mother and baby homes and those who suffered from clerical sex abuse. However, he said Pope Francis will spend only 36 hours in Ireland.

Separately, people abused or hurt by the Catholic Church and those who wish to support them have been invited to take part in a solidarity event at Dublin’s Garden of Remembrance during the visit of Pope Francis.

In a tweet abuse survivor Colm O’Gorman invited people to attend the event as the papal Mass in the Phoenix Park begins at 3pm on Sunday August 26th.

Mr O’Gorman was founder of the One in Four group, which assists abuse survivors.

In 2002 a BBC documentary Suing the Pope about his abuse by Wexford priest Fr Seán Fortune led to the resignation of then Bishop of Ferns Brendan Comiskey and to the Ferns Inquiry. Its 2005 report was first statutory report into clerical child sexual abuse published in Ireland.

In a tweet on Friday morning Mr O’Gorman said: “We cannot and will not allow this visit to simply disappear those who have suffered. This event will be a moment to assert and respect the dignity of those who have been abused, and to stand in solidarity with them. To mark an end to the Ireland that allowed this to happen.”

Speaking on an Irish Times podcast Mr O’Gorman said his “first instinct when I thought about the Pope’s visit was not to be in the country on that date, because I was just going to find it particularly galling to be here. And that’s not because I oppose Pope Francis or much of what he stands for, I actually really admire many of the things he says.”

He added however that “for many of us who suffered appallingly because of the conduct of his predecessors and of his institution, to be here and to see all of that glossed over, and more importantly there’s an increasing sense that when he gets here he’s going to do the usual thing of having a private meeting with a group of survivors of sexual abuse and there’ll be an expression of regret and sorrow about the hurt that people experienced afterwards and then we’ll all move on, sure that’s that box ticked and dealt with, that is particularly nauseating for people like me and many others.”

The simple fact was that “no pope, including this pope, has ever acknowledged the simple proven fact that the Vatican orchestrated and facilitated the cover up of the rape and abuse of hundreds of thousands of children at global level,” he said.

During the 1979 visit to Ireland of Pope John Paul II, Mr O’Gorman recalled how his abuser Fr Fortune “was in the Phoenix Park with a group of boy scouts for the papal Mass.”

The year after that papal Mass, Fr Fortune “raped me for the first time at the age of 14 and that continued for three years. For somebody like me, frankly, hearing John Paul II tell the young people of Ireland that he loved them in 1979 is really, really tough,” he said.