‘Catholics must learn new ways in which they can win young hearts,’ says Diarmuid Martin 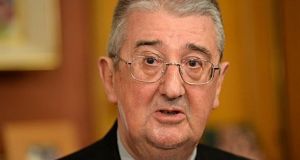 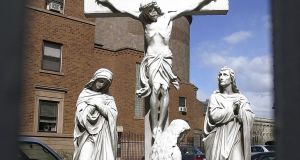 Irish Catholicism today is “foreign” to young people and needs to wake up to the situation, according to Archbishop of Dublin Diarmuid Martin.

“Change is painful; there is, however, no alternative,” he said.

“Irish religious culture is changing. The main body of the membership of Irish Catholicism and its leadership belong to an age and cultural group that is in many ways foreign to the culture of young people. The Irish church needs to waken itself to the urgency of this situation,” he said.

“This will not be easy. There is uncertainty about how to proceed,” he added, noting that there would be “a sort of passive resistance”.

“Change is painful. There is however no alternative. Catholics must learn new ways in which they can win young hearts for what the teaching of Jesus involves,” he said. “The Irish church has to re-learn the ability to speak the language of faith authentically in a world where that language may be alien. The church in Ireland needs a radical overhaul in its outreach in faith towards young people.”

More broadly he said “the church as a faith community should be active and present in society, drawing attention to suffering and repression of any kind and being alongside those who suffer. Christian belief has and will always have its contribution to bring to the formation of society.”

Archbishop Martin was speaking at the ordination in Maynooth of two Vietnamese men as Salesian priests.

Earlier this month, during a Mass at St Columban’s in Dalgan Park Co Meath, he said “the crisis of the Irish church is more than about of a lack of vocations. The bigger crisis is that of the growing alienation between young people and the church and indeed the growing distance between young people and the relevance of the teaching of Jesus Christ. ”

He continued: “Numbers attending Mass are down right across Ireland. People are struck when they go to Mass in a parish at which there is a substantial presence of young people or young families.

“Priests find it hard to communicate with young people about religious matters. The same is true of Christian parents who day after day struggle in seeking to transmit something of their own sense of faith and prayer to their children.

“Yet they are truly proud of the great sense of idealism and goodness, of justice and care of their children.”

In a talk at St Mary’s Church on Dublin’s Haddington Road last November Archbishop Martin himself suggested reasons for the current alienation of young Irish people from the church.

The low standing of women in the Catholic Church is the most significant reason for the feeling of alienation towards it in Ireland today, he said. “Next would be the ongoing effect of the scandals of child sexual abuse,” he added. And he believed, “in particular, that people have underestimated the effect of the scandals on young people”.

Young people’s “disgust at what happened is deep-rooted”, he said.

Also, one of the most disappointing documents that he had read since becoming archbishop in 2004 concerned a survey last year of young people in Dublin, conducted in preparation for the Synod of Bishops on Young People in Rome next October.

“Young people felt unwelcome in parishes,” he said of the survey’s findings. This reflected “on our system of faith education, which is overly school centred.” and does not bring young people into better communication with the parish.

There was also the age profile. He was struck by “the fact that there are more members of the current Cabinet under 45 than there are of priests of that age in the (Dublin)diocese. The same applies to leadership cadres in many other sectors of society,” he said.

Meanwhile, 57 per cent of priests in the Dublin archdiocese were aged over 60 and this was projected to rise to 75 per cent by 2030, he said. Leadership in “many aspects of our culture belongs to one generation and leadership and the mainstream membership of the church belongs to another,” he added.