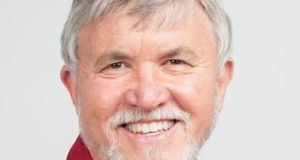 Rev Bill Mullally: “Northern Ireland politics will be the poorer.”

In a statement, Methodist president Rev Bill Mullally and the church’s Council on Social Responsibility said that “his was the hand that was held out in friendship even to those who continued to see him as ‘the enemy’.

“His courage and bridge-building was seen in his visits to the Somme and Flanders fields; in his historic handshakes with Queen Elizabeth II and this was matched by her majesty’s historic visit to the Irish Republic where by her words and actions she held out a hand of friendship to a people who had for centuries seen Britain as the enemy.”

It said: “friendship does not mean the betrayal of aspirations. It does mean a willingness to work together for the good of all the people and leave behind the battles of the past as there are enough battles to be fought in the present.”

Reflecting on the former deputy first minister’s history, it commented “there was an honesty about him in that he never tried to avoid his past as a leading commander of the IRA in Derry”.

It said that “while acknowledging his past and the actions of others which led him into the IRA and the great loss of life his organisation caused very often to innocent civilians, it would be churlish not to commend and acknowledge his influence in the pursuit of peace.

“On a personal level, he was acutely aware of the pain and grief of the victims caused by the conflict. Encouraged by others, he put away the armalite and replaced it with the ballot box and we could say the rest is history.”