Signatories at Glencree meeting include Christian, Muslim and Jewish representatives 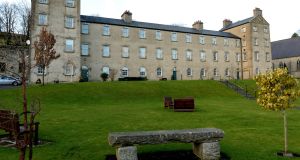 Glencree Centre for Peace and Reconciliation: hosted ‘Milestones on a Journey of Hope’. Photograph: Cyril Byrne

Leaders of the various faiths in Ireland have issued a joint plea for an end to violence in the Middle East.

At a meeting this week in the Glencree Centre for Peace and Reconciliation in Co Wicklow, 17 representatives of the three Abrahamic faiths (Judaism, Christianity and Islam) in Ireland signed a Joint Declaration for Peace and Respect for the Dignity of Human Life in the Middle East and presented it to the Anglican Archbishop of Jerusalem Suheil Dawani.

The Anglican diocese of Jerusalem encompasses Jordan, Palestine, Israel, Syria and Lebanon. Archbishop Dawani was on a visit to the Church of Ireland dioceses of Dublin and Glendalough.

In their joint declaration, the faith leaders said they shared grief and pain at the death and suffering currently taking place in the Middle East and prayed for peace throughout the region.

They were among 60 people from religious, political and community backgrounds who gathered at the Glencree centre for an event titled Milestones on a Journey of Hope. It recognised the ongoing suffering in the Middle East and offered an opportunity to explore and reflect on Ireland’s journey out of violence into hope of a brighter future.

The event was held to honour the visit of Archbishop Dawani.