‘As a Jesuit I bring strengths and weaknesses to this appointment,’ says Fr Alan McGuckian 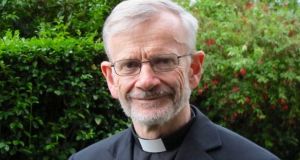 Fr Alan McGuckian: will be ordained as bishop on August 6th

Ireland’s first ever Jesuit bishop, Fr Alan McGuckian (64), will be ordained Bishop of Raphoe at the Cathedral of Saints Eunan and Columba in Letterkenny, Co Donegal, on August 6th. He succeeds Dr Philip Boyce (77), who has been Bishop of Raphoe since 1995.

“As a Jesuit I bring both strengths and weaknesses to this appointment. As is typical of most Jesuits I have never served as a curate in a parish, or as a parish priest,” and so “I will be relying on the priests and people of Raphoe to teach me how to be a truly pastoral bishop,” he said.

Fr McGuckian, the youngest of six and one of three brothers who are Jesuit priests, was born in Cloughmills, Co Antrim, in February 1953. In October 1972 he joined the Jesuit novitiate in Clontarf, Dublin.

Following studies at UCD, Queen’s University Belfast, the Milltown Institute in Dublin and the School of Theology in Toronto, he was ordained in 1984. After four years teaching at Clongowes Wood College in Co Kildare and six months in India and the Philippines, he returned to Dublin, where he ran the Jesuit Communications Centre.