Extremist speeches ‘should be challenged’ not banned 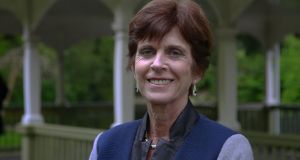 Oxford University’s vice-chancellor Louise Richardson pointed out that interment did not work in the 1970s in Northern Ireland. Photograph: Nick Bradshaw

Counterterrorism legislation to prevent extremist speeches on university campuses will not stop its spread, a conference in Co Carlow has heard.

“Extremist speeches should be met by better, stronger ideas that challenge the speakers rather than a ban,” said Maajid Nawaz, founder of Quilliam, a London based counterextremism think-tank.

Mr Nawaz was speaking alongside Prof Louise Richardson, the Irish vice-chancellor of the University of Oxford at the Borris House Festival of Writing and Ideas on Friday.

Prof Richardson, author of What Terrorists Want: Understanding the Enemy, Containing the Threat, argued that universities were the ideal place for debate and that talking to extremists “garners intelligence and provides incentives for more moderate wings to hear other views”.

Under the UK Prevent counterextremism strategy drawn up by Theresa May when she was home secretary, extremist speakers are only allowed to speak if they are directly challenged at the same event.

However, following the recent London Bridge attack, Ms May said that “there was far too much tolerance of extremism” in Britain. Prof Richardson and Mr Nawaz agreed that we need a deeper understanding of the historical context and ideology behind jihadist terrorism to better work against it.

“We need to understand that their ideology is to divide our societies. They want Muslims to feel isolated and unprotected in Europe so that they will seek refuge in jidahist movements,” said Mr Nawaz.

The number of hate crimes against British Muslims has reportedly increased by 40 per cent since the London and Manchester attacks.

Mr Nawaz spoke about how he was radicalised as a teenager and spent five years as a political prisoner in Egypt before rejecting his Islamist views.

Referring to recent suggestions of internment of radicalised Muslims in the UK, Prof Richardson pointed out that interment did not work in the 1970s in Northern Ireland.

“The British response to terrorism in Northern Ireland was to perceive it as a military threat rather than a political threat and it turned out to be the biggest possible recruitment drive for the IRA,” she said.

Prisons in the UK and France are where most Islamic radicalisation occurs today, according to Mr Nawaz. And, he said Ms May’s proposal that the internet be regulated – was not “practical, possible or desirable”.

The goal of counterterrorism should be to isolate terrorists from their communities, according to Prof Richardson.

“The lethal cocktail required for violent extremists is an alienated individual, a like-minded group, a complicit community and a legitimising ideology,” she said. Mr Nawaz said that a lot more work needed to be done to “weed out hate speeches in mosques”.

“We’ve seen again and again how mosques are horrified whenever an attack occurs. They react in disbelief and they genuinely don’t see the connection between hate speech and the attacks.”

He believed that just as people offer solidarity to Muslims who suffer from racism, Muslim people should reciprocate the same solidarity by speaking out against hate speech.

Counternarratives to extremism require a “full society approach where every aspect of society from mosques to educations to sports and other activities are included,” he said.