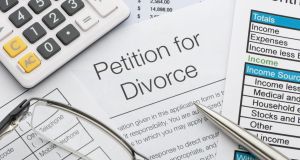 The crude divorce rate in Ireland is 0.6 per cent, according to the Eurostat.

Ireland’s divorce rate remains remarkably low when compared with the rest of Europe and the wider world.

It should be pointed out here that the divorce rate in Ireland is measured by the CSO as the number of divorced people as a percentage of those who were ever married in any given census year.

International figures are for what is known as the ‘crude divorce rate,’ measured against the so called ‘crude marriage rate’. These measure marriages/divorces per 1,000 persons.

The crude divorce rate in Ireland is 0.6 per cent, according to the Eurostat. The comparable rate for the US and UK is 3.2 and 1.9 per cent respectively.

We have the lowest crude divorce rate in Europe, the nearest countries to us being Montenegro and Malta, both at 0.9 per cent.

Even that old canard about Catholic countries in Europe having lower divorce rates does not hold up according to these Eurostat figures published last June.

They found that the crude divorce rate in so-called Catholic European countries was high with France and Austria the same as the UK at 1.9 per cent, Poland at 1.8 per cent, Spain at 2.1 per cent, Italy at 1.4 per cent, Belgium and Portugal at 2.2 per cent.

Figures are highest in Scandinavia with Denmark having the highest crude divorce rate in Europe at 2.9 per cent, Sweden and Finland is 2.5 per cent, and Norway at 1.9 per cent.

In Ireland there can be no doubt that current legal structures play a major role in the divorce rates where a couple must prove they have lived apart for at least four of the previous five years before divorce is permitted.

However, as with former Taoiseach Bertie Ahern and his wife Miriam, many Irish couples simply prefer to just separate.