Asylum seekers must find jobs that pay at least €30,000 per year to secure employment permit 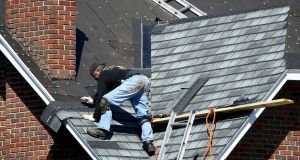 Asylum seekers applying for work permits must secure a job that pays a starting salary of at least €30,000 per annum and are also barred from working in more than 60 different areas including construction. Photograph: Reuters/Gary Cameron

Employment opportunities open to asylum seekers under new measures proposed by the Department of Justice this week are “exceptionally limited” and will effectively bar the majority of men and women in the protection system from actually finding work, experts have warned.

Minister for Justice Charlie Flanagan has been accused of taking “the most restrictive path” in his department’s attempts to remove the State’s absolute ban preventing asylum seekers in Ireland from working.

The Minister announced on Wednesday that the Government was proposing to opt into the EU (recast) Reception Conditions Directive which addresses the right to work of asylum seekers.

The Department confirmed that from February 9th 2018 asylum seekers would have the right to apply for an employment permit under the Employment Permits Act 2003 but that the normal fee and conditions would apply. This means applicants will have to pay between €500 to €1,000 for a six to 12 month employment permit. Applicants must also secure a job that pays a starting salary of at least €30,000 per annum and are unable to apply for a job in more than 60 different areas including positions in hospitality, healthcare, social work, childcare, general care services, marketing, sales, administration, textiles, printing, housekeeping, food and construction.

The Government’s decision to opt into the EU directive comes just three weeks before the February 9th deadline when the Supreme Court will formally declare the ban preventing asylum seekers from working as unconstitutional.

Fiona Finn, head of Nasc, the Irish Immigrant Support Centre, warned that by adopting the EU directive, the State would exclude most asylum seekers from applying for work, particularly women.

“Under the current scheme only people who are highly skilled professionals will be able to apply. And even if they have the skills they’ll still have to get professional qualifications and have a certain proficiency in language which creates additional barriers,” she said.

“Also, when you look at the areas of work excluded from the programme, they’re very gendered. Asylum seeking women will be at a huge disadvantage. We already have a 14 per cent pay gap in this country, the challenge of asylum seeking women finding a job paying more than €30,000 will be very difficult.”

According to a departmental briefing note, once approved by the Oireachtas, the State will have a four-month interim period from February 9th to show the European Commission its compliance with all provisions in the directive. During this time all applicants “regardless of when they made their application for international protection” will be entitled to apply or have their prospective employer apply for an employment permit on their behalf under the Employment Permits Act 2003. The briefing note also writes that a new administrative scheme will also consider applications to engage in self-employment.

At the end of these four months the directive is scheduled to become law. The department notes that access to the labour market will be offered on “more generous terms” once the State’s participation in the directive is confirmed.

Asked on Wednesday whether the application fee for employment permits would be waived for asylum seekers, Mr Flanagan said the fee would not be payable after Ireland completed the process of opting into the EU Reception Directive.

UCD law lecturer Liam Thornton has said there is a “total lack of clarity” as to what the right to work for asylum seekers would actually look like once the EU Directive comes into effect. “I find it incredulous the Government was told on May 30th they’d have a few months to get the house in order and yet we still have confusion three weeks before the Supreme Court date. The department’s briefing is not clear and the minister has just confused everyone.”

“The vast majority of asylum seekers will not be able to access jobs because of the requirement of an annual financial turnover of €30,000 and employers will have to show evidence that they advertised and were unable to find an EU citizen to fit that role.”

“That the fees will not be waived for asylum seekers, nor employment sector restrictions lifted, is exceptionally disappointing, is mean-spirited and in no way in compliance with Ireland’s international human rights obligations.”

1 Restaurants and gastropubs to reopen in December under Government plan
2 Helen McEntee holds up well for someone with barely a leg to stand on
3 In Brexit end game, Johnson scours menu of unpalatable choices
4 400 – yes, 400! – Irish retailers for all your online Christmas shopping
5 A bridge, a border and two Covid worlds
Real news has value SUBSCRIBE