Nurses and midwives hope ‘current protections will apply in the future’ 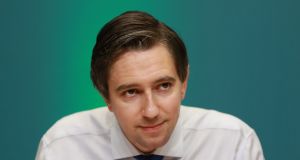 The Department of Health is to meet medical colleges including the Irish College of General Practitioners, the Royal College of Physicians, and the Institute of Obstetricians and Gynaecologists to discuss clinical protocols to deliver an abortion service, a spokeswoman for the Irish Medical Organisation has said. It is the largest medical representative body and trade union in Ireland.

It was “important that medical professionals can, on a conscientious basis, choose not to deliver this service,” she said.

“The organisation expects that given the deeply held views which exist on this issue, the legislation will create a system which facilitates access to abortion services by women while also catering for medical professionals who have deeply held conscientious objections on this matter,” she said.

A spokesman for the Irish Nurses and Midwives Organisation (INMO) said they support freedom of conscience on the issue. “The current Protection of Life During Pregnancy Act also contains such provisions, and the proposed bill makes similar provision, and we are seeking that the current protections will apply in the future,” he said.

Dr Edward Mathews, INMO Director of Professional and Regulatory Affairs, said “the right to conscientious objection on various matters has long been part of the professional code of nurses and other health professionals, and it was also recognised in the Protection of Life During Pregnancy Act.

“Similar protections are contained within the proposed bill, and we look forward to working with the Government and employers to ensure that this right is secured in upcoming legislation and in practice in individual workplaces.”

A spokesman for the Irish Pharmacy Union (IPU) said their code of conduct “already provides for conscientious objection but requires pharmacists to ensure that in instances where they are unable to provide prescribed medicines or pharmacy services to a patient they must take reasonable action to ensure these medicines/services are provided and the patient’s care is not jeopardised.

“As such, a pharmacist who, for religious or ethical reasons, cannot provide a specific service to a patient must direct that patient to someone who will.”

He said the IPU had written to the Minister for Health Simon Harris last February “requesting that any provisions to allow for GPs to conscientiously object to prescribing medicines for termination should be extended to all healthcare professionals, including pharmacists, in order to ensure that individual practitioners would not be compelled to participate in a procedure to which they have fundamental religious or ethical objections.”

However, “now the legislation has been published, Section 13 would seem to suggest that the GP supplies the medicines as part of the consultation and there does not seem to be any involvement of pharmacists in the service,” he said.

A spokeswoman for the Institute of Obstetricians and Gynaecologists referred to their submission to the Oireachtas on this issue last month.

If a patient is unable to arrange their own transfer then it advised that the doctor “should make these arrangements on their behalf.”

In an emergency the doctor “must make the patient’s care “a priority and give the necessary treatment.” it said.