Church leaders ask ‘on what foundations does our democracy stand?’ if Bill is passed 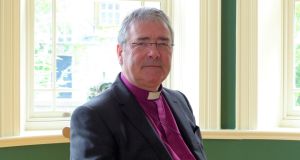 Church of Ireland Primate Archbishop John McDowell is one of four church leaders who have signed the letter, which is published in Monday’s Financial Times

The UK Internal Market Bill will have “enormous moral, as well as political and legal, consequences” if passed into law, the four Anglican primates of the UK and Ireland have said.

“If carefully negotiated terms are not honoured and laws can be ‘legally’ broken, on what foundations does our democracy stand?” they asked. The Bill would “profoundly affect the future of our countries and the relationships between them,” they say in a letter published in Monday’s Financial Times.

In the letter, signed by Church of Ireland Primate Archbishop John McDowell, Archbishop of Canterbury Justin Welby, Primus of the Scottish Episcopal Church Archbishop Mark Strange, Archbishop of Wales John Davies and Archbishop of York Stephen Cottrell, the church leaders said they wished “to highlight the grave responsibility of peers in the House of Lords today”, as the Bill is debated there.

Archbishop Welby and Archbishop Cottrell, as well as 24 other Anglican bishops, have seats as Lords Spiritual in the House of Lords.

In their letter, the archbishops said they were “taking the rare step of writing together because the decisions implemented in this Bill will profoundly affect the future of our countries and the relationships between them”.

“This will not be a return to a trade regime that existed before UK joined the EU; it will be an entirely novel system, replacing one that evolved slowly and by careful negotiation over decades,” they said.

The Scottish parliament and Welsh Senedd “have made clear that the Bill’s weakening of both the principles and the effect of devolved policymaking is of constitutional significance. Moreover, if the Bill is made law without consent from devolved legislatures (as will happen if it is not amended to address their concerns), this will further undermine trust and goodwill among those who govern the different parts of the United Kingdom, ” they said.

The archbishops noted how the Bill “asks the country’s highest law-making body to equip a government minister to break international law. This has enormous moral, as well as political and legal, consequences”.

“We believe this would create a disastrous precedent. It is particularly disturbing for all of us who feel a sense of duty and responsibility to the Good Friday [Belfast] Agreement – that international treaty on which peace and stability within and between the UK and Ireland depends.”

They noted how the “UK negotiated the Northern Ireland Protocol with the EU to ‘protect the 1998 agreement in all its dimensions’. One year on, in this Bill, the UK government is not only preparing to break the protocol, but also to breach a fundamental tenet of the agreement: namely by limiting the incorporation of the European Convention on Human Rights in Northern Ireland law.

“If carefully negotiated terms are not honoured and laws can be ‘legally’ broken, on what foundations does our democracy stand?”

They concluded by urging lawmakers “to consider this Bill in the light of values and principles we would wish to characterise relationships across these islands long after the transition period”.