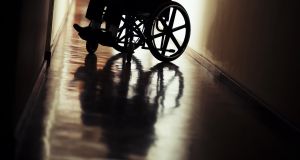 An inspection at the Drombanna centre in Co Limerick, in November 2017, found conditions were “not satisfactory”. File photograph: iStock/Getty Images

Instances of physical abuse between residents have been identified at a Limerick disability centre run by RehabCare.

At another centre, in Co Kerry, the Health Information and Quality Authority (Hiqa) found residents were not always able to access their entitlements.

The authority published 20 inspection reports on disability centres on Tuesday. Most were positive and found residents were well treated.

However, an inspection at the Drombanna centre in Co Limerick, in November 2017, found conditions were “not satisfactory”.

“Residents did not live compatibly with each other. This impacted on the safety and quality of life of residents living in the centre.” While there had been “some improvement” since a previous inspection in June 2017, “peer-to-peer physical interaction incidents continued in the centre”. It is home to five people.

Residents’ freedoms were restricted, including that they did not always have access to the kitchen and access to the main communal room “without risk of injury from their peers” could not be guaranteed.

“The incompatibility of needs not only resulted in restricted choices and freedom of movement but also compromised resident privacy and dignity, with residents’ bedrooms entered by their peers [and] mealtimes disturbed.”

Management at the centre has committed to reviewing behaviour support plans for residents and amending them when “triggers can be identified”. They also plan to reduce the number and change the mix of residents.

At Killarney Residential Services, run by the Kerry Parents and Friends Association, inspectors found its 16 residents were “relaxed and confident” and they “spoke positively of staff”.

However, residents “did at times present with behaviours of concern or risk to themselves and others” and “failings were identified that impacted on the level of compliance evidenced and . . . the quality and safety of services provided”. These included the failure to complete fire-safety work, governance arrangements and adequate staffing arrangements.

“There was evidence that access to services to which residents had a statutory entitlement was not always facilitated by the HSE community services, though the provider had requested access.”

The provider has committed to drawing up a protocol to ensure “each resident’s privacy and dignity will be respected,” while an “urgent application has been submitted to the HSE to renovate the premises to meet the needs of residents”.

In Co Meath, a centre run by Redwood Neurobehavioural Services Ltd, was inspected in November 2017. Residents at two facilities at Meadowview Bungalows were found to have “limited access to meaningful activities”, while “goals for residents had either not progressed, were not fully implemented or were not reviewed on an ongoing basis”. Some of these failings were due to staffing levels.

Access to activities has been improved since the inspection, according to the provider.

“Audits will continue to capture all social trips that take place. Activity schedules are in place for all residents.”

1 Ireland among countries urged to consider reinstating restrictions
2 Sinn Féin apologises as member resigns over social media abuse
3 Coronavirus: Non-essential travel from US set to be banned within days
4 Prisons see huge increase in ‘hooch’ seizures during lockdown
5 Covid-19: We must be hunters of the virus - not its prey
Real news has value SUBSCRIBE