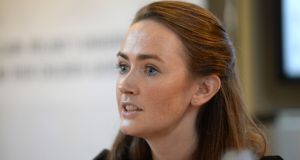 Election candidates across all parties should commit to the establishment of a national archive of historical institutional and care related records, a coalition of survivors and those affected by adoption has said.

Cross-party commitment is needed to create an independent national archive which will allow survivors of institutional abuse and those affected by adoption to access full personal files, the group said in a statement signed by 72 historians, archivists, psychologists, academics, sociologists and lawyers.

The proposed national archive, which would be an annex to the existing National Archives, should also enable the family members of those who died while in care to access information about what happened to their relatives, said the group.

Survivors would be able to deposit testimonies and other information in the archive while members of the public could access administrative records of institutionalisation and adoption in 20th century Irish – information which is currently held by private or State bodies, said the coalition.

Extra staffing, training and records management infrastructure would be required to realise this new independent archive, said the group, adding that political parties should initiate the project without delay.

Members of the coalition have previously criticised the Government for its proposed Retention of Records Bill and its decision not to allow survivors access to evidence held by State and Church authorities, as well as the lack of criminal prosecutions around Ireland’s historical institutional and adoption related abuses.

The group has also questioned the “secrecy imposed by the ongoing Commission of Investigation into Mother and Baby Homes”.

Dr Maeve O’Rourke, lecturer at NUI Galway’s centre for human rights, warned that State bodies and inquiries were “refusing more and more information to survivors and the public about institutional and adoption-related abuses”.

“New data protection laws are being wrongly interpreted, and survivors’ rights are being violated repeatedly. All politicians need to stand up for what is right and commit to a truth-telling process that follows international best practice. A National Archive is an essential part of redress.”

Caitríona Crowe, former head of special projects at the National Archives of Ireland, said it was “imperative” that people could access information about institutional and adoption-related abuses.

“The decade of centenaries must include proper discussion of Irish social history. We need political commitment from all sides to funding this archive as soon as possible.”

Rosemary Adaser of the association of mixed race Irish said no form of acknowledgement or redress could work if survivors cannot access their personal records.

As the public awaits the publication of the Mother and Baby Homes Commission report, the next Government must ask “how do we provide redress?”, said Ms Adaser.

The call for the establishment of the archive follows news that the former Magdalene laundry on Sean McDermott street is on course to be developed as a third level centre of education along with a memorial for victims and survivors of Ireland’s institutional homes.

Dr O’Rourke said she was “extremely heartened” by Dublin City Council’s updated plans for the site and suggested that the new national archive be situated in the historic building as part of a “living memorial”.