Hyde and Seek, in letter to Dublin city councillors, said it will defend services in court 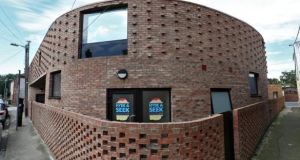 The Hyde & Seek creche on Botanic Road, Glasnevin was one of four ordered to close by Tusla last month. Photograph: Colin Keegan/Collins Dublin

The owners of four childcare facilities ordered to close by the end of the month plan to do “everything in our power to continue” to operate, they say.

Hyde and Seek was last month ordered by Tusla to close four crèches in Dublin by December 31st on foot of “consistent and serious breaches” of childcare regulations.

The operator was the subject of an RTÉ Investigates exposé in July in which undercover cameras were used to record apparent serious lapses in childcare in the facilities.

In a letter to Dublin city councillors, dated 3rd December and seen by The Irish Times Hyde and Seek’s owner and chief executive Siobhán Davy says: “Contrary to what is being reported in the media and what you may have heard it is our intention to do everything in our power to continue to provide quality childcare in our four centres.

“We have been confined in our public statements on the advice of our solicitors because parallel legal proceedings have been initiated against us, however, for the avoidance of any doubt we will be vigorously challenging the content of the RTÉ programme, and of subsequent negative media about us.

“It is our strong contention that we will be successful in our defence of our services and in the face of any prosecutions that Tusla have initiated against us. It is our view that the inspection regime is not fit for purpose and in the course of our defence this will be exposed.”

She says she is “grateful” for the support she says she has had from “many of the parents who have always been happy with the care the staff in our crèches have provided for their children.

“It is my intention to do whatever I can to continue to look after these children and to keep our staff in employment.”

She then says she would “welcome the opportunity to speak with” the councillor in person.

Councillor Rebecca Moynihan (Labour) received the letter and a phone call from a man purporting to represent Hyde and Seek. She declined the opportunity to discuss the issues.

“It just seemed a bizarre approach,” she said.

In a statement last month, Tusla said the decision to de-register a service “is not taken lightly, and is a last resort which is used when, as regulator, Tusla cannot stand over the continued operation of a service”.

The statement said the agency “acknowledges that parents will find themselves in the difficult position of finding alternative childcare providers”.

Tusla officials were working with the Department of Children to provide support to parents, and the agency would fast track any applications looking to set up new crèches in the affected areas, the statement said.