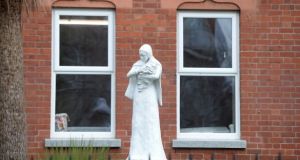 Officials will shortly begin examining the scope and parameters of a financial redress scheme for the survivors of the mother and baby homes following the commitment by the Government in the wake of the report from the Commission of Investigation into Mother and Baby Homes this week.

A group of senior officials from the relevant Government departments will be charged with producing proposals for a scheme which Minister for Children Roderic O’Gorman has promised will be brought to Government before April 30th this year. By the standards of Government, that will mean moving at warp speed.

Although the focus has been on the victims and survivors of the homes this week, there have already been exchanges within Government on the subject, with divisions emerging over the potential cost of any scheme.

The publication of the report and the prioritisation of the wishes of the survivors is likely to push the balance towards a more expansive, rather than minimalist, model. However, there is a high degree of caution in official circles after the experience of the residential institutions redress scheme, which cost more than six times its original estimate.

One of the first tasks will be to get a handle on the number of survivors who are eligible for compensation. That will involve some controversial decisions. The commission, in its report, expressed the view that women in the homes after 1973, when the unmarried mothers’ allowance was introduced, “do not have a case for financial redress”. However, it is highly questionable that there will be a political and public appetite to cut off compensation entirely after that date.

According to some rough estimates, there could be about 12,000 mothers and 42,000 children survivors from the pre-1973 period who could qualify for a redress scheme.

It is not clear how many survivors would wish to come forward to avail of redress. But any such scheme would be likely to have in excess of 50,000 people eligible. That also means, of course, that there is a large number of people in our society carrying the trauma of their time in the institutions with them. It seems likely there will be public and political support.

Officials will also have to make difficult decisions on the level of compensation that is appropriate. Victims of the widespread abuse in residential institutions (as detailed in the report of the Ryan Commission in 2009) received an average of about €62,000 each, whereas the compensation paid to the 800 women who were residents of the Magdalene laundries under a separate State scheme established in 2013 was a little under €40,000 on average.

One of the concerns facing the designers of any scheme is that the mistakes of the past are not repeated. In 2002, the government and the religious orders that ran the institutions in which children had been beaten and abused estimated that the cost of a redress scheme would be about €250 million. They each agreed to pay half of that sum – but the orders’ contribution (which included cash and the transfer of properties) was capped at half that sum, while the State’s liability was open-ended.

The orders received a legal indemnity against legal actions in return.

The scheme ended up costing in excess of €1.5 billion. In the aftermath of the publication of the Ryan Commission’s report the religious orders were shamed into pledging a further €100 million in cash and €250 million in property transfers to help pay for the compensation fund. The State decided not to accept some of the properties, and various deals were done about others.

According to the Department of Education, the total adjusted offers made by religious congregations in 2002 and 2009 “amount to €436.95 million, of which €239.93 million has been realised to date. This amounts to approximately 16 per cent of the costs of redress to date,” the department said.

The Government will also be keen to avoid a bonanza for lawyers. Legal costs for the residential institutions redress scheme were nearly €200 million, with six solicitors’ firms paid more than €10 million each.

In 2016, the Comptroller and Auditor General examined the scheme and recommended that the department undertake a post-hoc evaluation of the scheme. The department said it has almost been completed and will be published in the coming months. No doubt the officials charged with designing the new scheme will look closely at it.