Survivors insist religious orders must contribute to any redress scheme 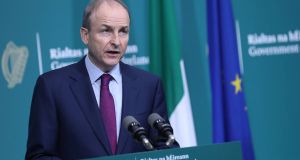 Religious orders involved in the running of mother and baby homes must contribute to any redress scheme, survivors have said.

The Government, as the “leaders of society today”, must now “face” the women and children society turned its back on in the past, said Samantha Long.

Ms Long, who was born in St Patrick’s mother and baby home in Dublin and adopted from there with her twin sister in 1972, welcomed the apology from Taoiseach Micheál Martin saying it indicated he was trying to “pull back from the minimising approach” in the report of the Commission of Investigation into Mother and Baby Homes.

“Despite the report trying to blame everybody – the church, the government, families and society – and so blame nobody, I think now is the time for society today to step up and push the Government and the church. People are sick and tired of the women who were in these institutions being disregarded and not listened to.”

The Government had a chance to “support these women to feel the sun on their faces and to feel they are being listened to, that they no longer have to cower”, she said.

Asked what the religious should do, she said they should contribute to financial redress . “It’s not just about apologies. It’s about tangible stuff and many of the survivors are in poverty.

“When you look at all the land they [religious] still own. Let them provide some of that for social housing, stop them selling it all to private developers. Let’s have a slice of the profits.”

Susan Lohan, co-founder of the Adoption Rights Alliance, called the Taoiseach’s apology “hollow” saying it failed to “capture the enormity of the life-long damage the survivors have had to endure”.

“What’s needed next is that survivors, who are exhausted, need time to read and digest the report.” Government must immediately ensure all survivors have access to their records, she added. “Give me my records and give them to me now,” she said.

Rosemary Adaser, co-founder of Mixed Race Irish (MRI), had campaigned to ensure the commission examined the experiences of children who had Irish mothers and fathers of colour. She “simply cannot understand” how the commission concluded there was no evidence of discrimination on fostering or adoption of mixed race children.