Women in homes after 1973 must be eligible for mother and baby redress, ex-residents say 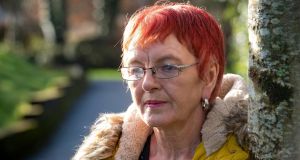 Alice McEvoy (65), who had her daughter in St Patrick’s mother and baby home on Navan Road, Dublin, in 1975. Photograph: Domnick Walsh/Eye Focus LTD

Women who entered mother and baby homes after 1973 must not be excluded from statutory redress, former residents and their advocates say.

The report from the Commission of Investigation into Mother and Baby Homes, published on Tuesday, recommends women who had their babies in institutions from 1974 on “do not have a case for redress”.

It said while women who entered the institutions before that year had no money and nowhere to go, “the introduction of the Unmarried Mother’s Allowance in 1973 changed that”.

However, campaigners say many mothers were unaware the allowance existed and were not informed of it. The social stigma forcing most to give up their babies continued well beyond 1973, they said.

Susan Lohan, co-founder of the Adoption Rights Alliance, said post-1973 mothers should “absolutely be included in any redress”.

“The mere fact that these homes existed up to 1998 is the clearest illustration that the church and State still operated a model that trampled on their human rights well into the 1990s.”

Orla O’Connor, director of the National Women’s Council, said there was “no rationale” for excluding post-1973 mothers. “We have experience from other redress schemes that when you start laying out criteria that excludes some you end up not supporting many who really need it.”

She said introduction of the allowance followed pressure from the EEC (now the European Union) and the Council for the Status of Women. “The government was under external pressure to start taking women’s equality seriously. The shaming and the stigmatisation of unmarried mothers had not gone away.”

Among those feeling that stigma was Alice McEvoy (65), who had her daughter in St Patrick’s mothers and baby home on Navan Road, Dublin, in 1975.

A student in University College Cork at the time, she was sent by taxi, in labour, from her home in Cork to St Patrick’s with the instruction: “Don’t bring that child back here.”

She had her baby in St James’s Hospital, spending a week in a ward for unmarried mothers.

“I was afraid to pick my daughter up in case I’d bond with her. I had to make it not real. Another mother, she’d pick her up and feed her. It was a way of coping. I just went into some kind of trauma. I couldn’t feel anything about anybody or anything.”

On her return to St Patrick’s, her baby was taken from her – “to the nursery” – and she was summoned to the Revered Mother’s office, she said.

“She was telling me I must pay now for my sins. I kind of lost it with her and I refused to stay. I was ordered out really. I wasn’t allowed bring my child with me.

“I don’t remember how I was feeling. It was so traumatic, you don’t know where you are or what you’re doing. All I knew I had to get out of there.

“I was driven back to Cork the next day, came in home and nothing was said. It was if it had not happened. Life went on as normal.”

A few months later, with a friend’s support, she began visiting her daughter in Dublin. “She was lovely. I wanted to keep her. I began getting on with that process, but I was still a student. I wasn’t at home anymore. I had no money and I was in a bad way.

“I talked to my friends and in the end there, we could see no way forward. There was no way I was going to hold down a job, go to university. And I was afraid of public opinion.

“In the end, I had to go and sign the papers for her adoption. It was awful. I came back to work and never told a soul about her . . . I thought about her all the time. I kept a journal where I wrote about her for years.”

Told she would be breaking the law if she tried to find her daughter, she didn’t, until several years ago. Although she has traced her, she has never met her.

She married, had more children and is financially secure. But she is “furious” that mothers like her could be excluded from redress.

“I don’t need the money but I know survivors that are not well off. They need support. It’s appalling that women after 1973 are not eligible for redress.”

The Department of Children did not provide a comment when asked if they would be accepting the commissions’s recommendation to exclude post-1973 mothers from redress.