Network calls for investment in early intervention to support families 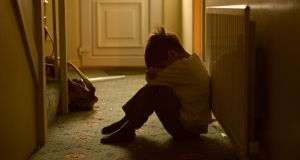 A network of 33 organisations has called for investment and stronger policy for early intervention to support families and children, including an increase in the number of therapists and other professionals in community settings.

The success of the early intervention approach in the English city of Nottingham was highlighted at a conference organised by the Prevention and Early Intervention Network (PEIN) in Dublin on Thursday.

Members of the network include Barnardos, the Children’s Rights Alliance, ISPCC Childline, the Irish Youth Foundation, and community groups working with young people.

Chair of the organisation Marian Quinn said generational cycles of disadvantage could be broken for thousands of children and families in Ireland by developing more comprehensive approaches to early intervention.

The network called for an increase in the number of early intervention staff in community settings, including speech and language therapists, child psychologists, occupational therapists and physiotherapists, in order to reduce waiting lists and make these supports available “to all families who need them in a timely manner”.

It is also seeking the creation of a dedicated child and family community nursing service to provide greater supports to all children and parents from pregnancy to the early years.

It also called for universal access to parenting programmes during pregnancy and throughout childhood and for a dedicated budget within Tusla, the child and family agency, for the provision of preventative services.

“In 2008 we set out with a 20-year outlook to develop a citywide partnership with all major social, health and education authorities coming together to apply early intervention approaches,” Ms Brudenell said.

“Working together the city was able to secure funding, implement a wide range of approaches and measure its impact. We initially had a budget of £4 million per annum, but this evolved after we applied for and secured £45 million in National Lottery funding in 2014.”

The outcomes included ongoing improvement in Nottingham’s national ranking on the percentage of children who are ‘school ready’, a reduction in teenage pregnancy rates among 15-17 year old girls from 72.4/1,000 to 31/1,000, and a cost saving of £10 million on children-in-care placements.

Ms Quinn said politicians and policy makers in Ireland should also take a long-term view in order to deliver greater policy and investment which reaps the benefits of prevention and early intervention.

“Research in Ireland has suggested that every €1 invested in prevention and early intervention saves the State €4 in the long term,” she said.

Ms Quinn called on policy makers and politicians “to recognise the evidence which points towards significant further development of the sector”.

“We know that this will benefit children, families and communities and is a better investment for the tax payer than reactive and crises services,” she said.

The network also launched a new website, pein.ie, to provide information on prevention and early intervention in Ireland.