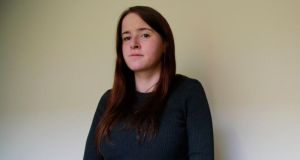 A Co Wexford woman who believed her pregnancy could kill her due to her existing health conditions was unable to have a termination after doctors judged her life was not at immediate risk.

Her medical notes, seen by The Irish Times, show she has pulmonary atresia, pulmonary hypertension and had a lung removed in 2014.

Pulmonary hypertension, a rare condition involving increased blood pressure in the lungs, is described by the Royal College of Obstetricians and Gynaecologists as “one of the most serious cardiac diseases to manage in pregnancy”. It said: “As this underlying condition puts a woman’s life in danger by continuing with the pregnancy, abortion would always be discussed as an option in the UK.”

Under the Protection of Life During Pregnancy Act, 2013, abortion is legal in the Republic only where there is a “a real and substantial risk” to the mother’s life.

Pulmonary atresia, a congenital condition where the heart’s valves have not formed properly and blood can flow back, carries significant risk during pregnancy.

Speaking to The Irish Times, Ms Malone described developing heart failure during the pregnancy, and having to tell her sons, aged 10 and 11, that she might die. Their father died two years ago of natural causes.

She gave birth to a girl on March 8th, after a birth during which she believed she “was going to die”. Her health is now seriously compromised and her life expectancy may be shortened, she believes.

Ms Malone is due to speak about her case at an Amnesty International Ireland press event in Dublin on Friday.

“When I found out I was pregnant I was devastated. My first question was: ‘Is this pregnancy going to kill me?’”

Her GP, Dr Miles Deas, contacted Prof Charles Gallagher in St Vincent’s University Hospital (SVUH) respiratory department on July 28th last year, asking: “If it is deemed too much of a risk for the patient to continue with the pregnancy . . . would it be appropriate for a termination of pregnancy to occur within Ireland?”

At SVUH, Ms Malone’s lung function was found “adequate” though her pregnancy was judged “high risk”. She was referred to Prof Kevin Walsh, consultant cardiologist at the Mater hospital, and to Prof Mary Higgins, consultant obstetrician at the National Maternity Hospital (NMH).

I was sent home after two days to basically get on with it. Emotionally I was a wreck

In the Mater, “cardiology scanned my heart and said there was no immediate change so I wasn’t entitled to a termination”.

“To continue with this pregnancy is extremely dangerous with my condition . . . to go ahead with it could leave my two boys without their mother,” she wrote.

The network put her in touch with a UK obstetrician, she said, who told her he would need detailed, ongoing contact with her Irish doctors about her case.

“But I would have been taking it without medical supervision and it would be just too dangerous,” she said.

“Everywhere I went, I felt snookered and became resigned that I was going to have to proceed with the pregnancy . . . There was no way out of that.”

Her breathing became difficult. She said she had no energy and could feel her heart “going too fast and too slow”.

“I kept going into the A&E in Wexford. On New Year’s Eve I got really sick and on New Year’s Day I was admitted to Holles Street [NMH]. They did a trace on the baby and called an ambulance to transfer me to Vincent’s.

“My heart was under huge pressure. The doctor came in and explained it was congestive heart failure. When they told me that my heart was failing, I thought I was going to die before having [the baby].”

“I was sent home after two days to basically get on with it. Emotionally I was a wreck.” At 28 weeks’ pregnancy, she said, she asked about “getting the baby out”.

“I was worried [that] when it came to the point of her being due I wouldn’t be able, my body would be just spent. I thought I couldn’t handle much more.

“They planned to bring me in every few days to monitor me. They also wanted to give the baby the best chance, because my condition is genetic, to let her develop as much as possible.”

Her sons, she said, knew she was very ill. A few weeks before the birth she told them she would be staying with a friend in Dublin, as she had almost daily hospital appointments.

“My mam and dad were living in New Zealand and I asked them to come back. I had to write to a judge to ask for them to be granted guardianship, if anything did happen,” Ms Malone said.

She went into labour at 38 weeks, at her friend’s apartment. “I got a taxi to Holles Street . . . I was in overnight and there was no dilating happening. I was brought to the Mater to make sure everything was okay before proceeding.”

Her obstetrician “decided then not to do” a Caesarean section. “My body and heart were so weak they said a C section could be fatal,” she said.

Labour did not progress despite three “sweeps” of the membranes.

A doctor, she said, inserted both hands into her vagina to manually aggravate the cervix. She was not allowed to push, due to the pressure it would put on her heart.

“As the thing was going on, one of the doctors came in and asked me to sign a consent for a C section. I didn’t want to but I felt I had no choice . . . to make sure [the baby] could get out if I wasn’t going to make it.

It has definitely damaged my health. I can feel my breathing has become worse since having her . . . I won’t know if it has shortened my life span until my new baseline is worked out

“I thought they were expecting me to die. At that point I stopped asking questions. I didn’t want to know any more.”

She could not have an anaesthetic or the painkiller pethidine due to potential impact on her heart, or gas and air because of her respiratory problems, she said. She was given Panadol. An episiotomy – a surgical cut made at the opening of the vagina – was performed.

“I kept saying: ‘I’m going to die.’ Prof Higgins was tapping me on the hand saying: ‘You can’t be thinking like that. Be positive.’ But I could tell they were all worried.”

The moment her daughter was born, she “was out of breath, exhausted . . . I lost the plot crying. I just said: ‘I’m happy to be alive.’”

She and her daughter spent five days in the high-dependency unit. Her daughter is doing well, though Ms Malone said her own health had been affected.

“It has definitely damaged my health. I can feel my breathing has become worse since having her . . . I won’t know if it has shortened my life span until my new baseline is worked out,” she said.

“I’m delighted she’s here and I don’t regret her but if I had the situation again I’d have wanted a termination. I needed to think of my kids that already exist. To me a termination was the only option at the time. It was too much of a risk at the time to take willingly.

She believes the legal restrictions on abortion put her risk at life. “I’d really love if things would change for her,” she said of her daughter. “As a woman I wouldn’t ever want her to be in that position.”

“For Claire, these obstacles were insurmountable, and she suffered horribly as a result,” he said.

None of the three hospitals mentioned would comment “on an individual case”.