‘My family would not have survived without their help’ 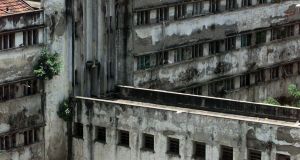 “It’s the stuff of bad novels that you come within 10 minutes of being released and then you’re told you’re staying.” Photograph: AP/Stock

In June 2012 Irishman John said goodbye to his wife and two daughters and left for work. A few hours later he was sitting in a Kenyan police station being questioned about the failure of the company where he worked to pay a supplier.

At first he was not worried as he says the payment in question was supposed to take place before he joined the company. However, by the end of the day he was locked up in a cell. He never imagined that he would spend the next five years of his life behind bars.

“For the first six months inside it was kind of like an adventure. It was hard being away from my family, and my daughter was only five months old. But I’m a big guy and I’ve always been fairly tough so I thought I’ll be fine and this will be a great story to tell.

“But after six months I could see no end and things changed pretty radically for me. I was found with a phone which I wasn’t supposed to have and put in the hole and beaten.”

Believing the Kenyan police would eventually realise their mistake, John did not initially contact his family in Ireland.

When he did get in touch he says they tried approaching the Kenyan embassy in Ireland who were “uncommunicative”. He says they also contacted the Department of Foreign Affairs but were told “there was very little” they could do.

John spent his first two years in Nairobi’s Industrial Area remand prison and in 2014, following conviction, he was transferred to the Kamiti Maximum Security Prison.

He was sentenced to five years in jail – three years for obtaining goods by false pretences; one year for working illegally in the country (John pleaded guilty to this as he did not hold a work permit) and one charge of being in the country illegally because his visa had expired while in remand.

Meanwhile, his wife and daughters survived thanks to financial support from the Irish Council for Prisoners Overseas (ICPO), his wife having spent most of her money trying to find a lawyer to represent her husband.

John says he asked the police to contact the Irish embassy as soon as he was arrested. However, ten months passed before he received a visit from the Irish consul for Kenya who explained he had never heard from the authorities.

He only learned of the Irish prisoner after speaking to a priest who had visited the jail. John is particularly grateful to the second honorary consul he met whom he says made real efforts to make his time in prison more bearable.

In 2015 Kenya’s Irish embassy reopened and John began communicating with the first secretary. A few months later the judge at his appeal hearing concluded there had not been a proper investigation and his conviction would be overturned. Unfortunately, at the last second, the prosecutor refused to withdraw the charges and John was sent back to prison.

“It’s the stuff of bad novels that you come within 10 minutes of being released and then you’re told you’re staying. My head was very messed up when I went back. I was picking fights with everybody and was called into the governor’s office and told if things didn’t change I’d spend my life in jail or be killed.”

In 2017 John agreed to plead guilty to the charges and, with the support of the new first secretary at the Irish embassy, found a lawyer to take on his case. On September 12th, after more than five years in jail, John flew home to Ireland. The first secretary quickly arranged for his Kenyan wife and children to follow and by Halloween they were all back together.

Fourteen months on John is planning to return to work early this year and is writing a book about his experiences. He has been diagnosed with PTSD and is seeing a psychiatrist and psychologist.

“I don’t sleep more than two hours at night and the shrink tells me I’ve conditioned my body not to sleep because of the unsafe environment I was in.”

He describes the first secretary who helped him during the later part of his imprisonment as “the epitome of what an embassy worker should be” . He also says the ICPO support to his family was “invaluable”.

“My family may not have survived without their help. They save people’s lives.”