Most of 3,500 asylum seekers in 2018 were from Georgia, then Albania and Syria 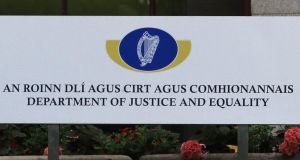 The number of asylum claims made in the Republic increased significantly in 2018 and is on course to exceed 3,500 for the first time in a decade.

The latest figures show that up to the end of November, 3,324 foreign nationals had claimed asylum in the Republic since the start of the year.

That compares with 2,619 in the same period of 2017, an increase of 27 per cent. Numbers have more than trebled in the past five years following year-on-year declines for 11 years.

After the 409 Georgian nationals, there were 383 Albanians and then came Syrians, some 326 of whom had claimed asylum in the Republic to the end of November.

Zimbabwe was the next most represented nation, with 257 of its citizens claiming asylum here, followed by Pakistan; some 230 new asylum claimants in 2018 declared Pakistani citizenship.

When the figures for December are available, justice officials said the number of asylum claims will exceed 3,500; the highest level since 2008.

Some Department of Justice and Garda sources said trends around asylum seeking had always fluctuated. They believed it was too early to say whether rising asylum claims in recent years would continue at the same rate, accelerate further or perhaps fall back.

Other justice sources were more concerned, saying the increase in claims was coming at a time of growing pressure to end the housing of asylum seekers in direct provision centres. At the same time, the sources said, the continued housing crisis meant other accommodation options were limited.

What is clear from the figures is that the years of falling asylum-seeker numbers in the Republic are over and the increases first noticed in 2014 have continued, though they are still relatively modest.

In 1993, some 91 foreign nationals claimed asylum in the Republic, increasing to a peak of 11,634 in 2002, after which numbers sharply declined.

Around that time, the State decided to challenge what was then effectively the automatic right of asylum seekers to stay in Ireland if they had an Irish-born child.

The State initially took its challenge to the courts, seeking to deport non-EU failed asylum seekers who had Irish-born children. New procedures that resulted in asylum seekers being housed in direct provision centres, rather than in rental properties, were also introduced.

From 2009, numbers declined further, dropping to below 1,000 in 2012 and 2013. However, in 2015 there was a surge, back up to almost 3,300. Investigations by the Garda established the majority of those claims were linked to an organised immigration and marriages of convenience scam.

This involved young Asian men coming to Ireland and claiming asylum so they could enter into sham marriages with Eastern European women they had never met before. Once married, they had secured the right to live and work in Ireland.