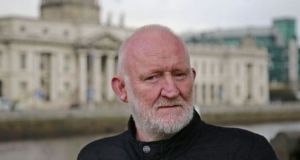 Conor Skehan urged the Government not to halt the prudence of the Central Bank.

The former head of the Housing Agency is warning the Government to remain financially prudent and not to “give in” to the building sector.

Conor Skehan, who is a lecturer in planning, said as a country Ireland needed to change what is acceptable as “affordable” housing.

He said in other countries “starter” homes came without built in kitchens or tiled bathrooms. It was unrealistic to expect a fully completed house at a realistic price, he said.

Mr Skehan said people had started to see some hope there would be a “softening” of prices, but he warned there could be a second housing crisis if the housing industry is not tackled.

He urged the Government not to halt the prudence of the Central Bank.

He said it was a challenge faced successfully in other countries with greater use of “factory finished” houses.

The idea of “mad profit margins” needs to be crushed, he said. Sites play a huge part in the escalation of costs, Mr Skehan said.

The Government should “stick with being prudent” and should not give into the building sector.

Mr Skehan also warned of the growing divide between urban and rural politics. Urbanisation is happening all over Ireland, he said. The focus should be on the areas were there was the most need, which he said was in urban areas.

When asked about the impact of smaller special interest groups in politics, he said “squeaky wheels always make the most noise” and he acknowledged that it was sometimes necessary to “cobble together deals.”

The system needs everybody to “buy into the idea” of properly structured and funded services.

Man who allegedly spat at garda and said he had coronavirus due in Cork court 10:35
Irish flight bringing PPE from China due in Dublin in afternoon 10:29
Coronavirus: Sweeping powers with fines of up to £5,000 come into force in North 07:56
Leading Northern Ireland lawyer in critical condition because of coronavirus 22:12
Coronavirus: No funeral Masses to be held in Clogher diocese 22:03