More deaths and fewer births during third quarter of 2016 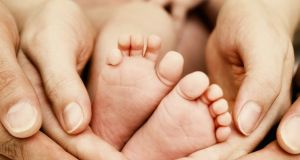 Despite the year-on-year increase in deaths and decrease in births, the State’s population increased by 9,329.

The number of births fell 4 per cent year-on-year during the third quarter of 2016, while the number of deaths rose by the same amount.

The latest Vital Statistics figures from the Central Statistics Office show the highest percentage of births outside marriage or civil partnership was in Limerick City at 61.3 per cent, while the lowest was in Dún Laoghaire–Rathdown at 22.8 per cent.

There were 49 infant deaths registered, giving an infant mortality rate of three per 1,000 live births.

Despite the year-on-year increase in deaths and decrease in births, the State’s population increased by 9,329 individuals.

The average age of mothers was 32.6 years, which was 0.2 years older than the year before. First-time mothers were an average of 30.8 years old, also up 0.2 years from the same period the previous year.

In terms of deaths, diseases of the circulatory system accounted for 2,118, or an annual rate of 1.8 per 1,000 population. Of these, 1,018 were due to ischaemic heart disease (coronary artery disease) and 407 to cerebrovascular disease.

With regard to cancers, there were 2,297 deaths from malignant neoplasms. This is equivalent to an annual rate of 2 per 1,000 population.

The leading cause of death varied widely by age group.

Among individuals aged 45-84, cancers were the leading cause, while for those aged 85 and older it was diseases of the heart and arteries.