Archbishop of Dublin Diarmuid Martin said that Cardinal Connell, who had been ill for some time, passed away peacefully during the night in his sleep.

Dr Martin succeeded Cardinal Connell as Archbishop of Dublin in 2004 when he resigned in April of that year.

Cardinal Connell had been under pressure to resign after an the RTÉ Prime Time documentary in October 2002 exposed clerical sexual abuse in the Dublin Archdicocese.

According to the programme, the archdiocese was facing 450 legal actions as a result of abuse allegations. The programme detailed accounts of cases of abuse by eight priests.

At least six bishops became aware of these cases. It also claimed that a paedophile ring was operating within the Dublin clergy, and that the Church hierarchy was aware of its existence.

The Cardinal released a statement following the programme in which he accepted the victims of sexual abuse by the clergy had suffered a “terrible betrayal”. However, he was accused over the following months of hindering the inquiry into child abuse.

In 1995, Cardinal Connell denied that the archdiocese had ever paid compensation to victims of abuse by its priests, although it emerged in 1998 that he had lent money to Fr Ivan Payne to compensate one of his victims. In April 2002, it was revealed that he had not told gardaí that Fr Paul McGennis, who had abused Marie Collins in 1960, had admitted to the crime.

The 2009 Murphy Report found he had handled child-sex-abuse allegations “badly” and was “slow to recognise the seriousness of the situation”. However, it praised him for making records available to the authorities in 2002 and for, in 1995, having provided the names of 17 priests who had been accused of abuse.

President Michael D Higgins expressed his condolences to Cardinal Connell’s family, his colleagues in the Archdiocese of Dublin and at UCD.

“Cardinal Connell had a long and distinguished academic career and while his time as Archbishop was controversial, those who knew him recognised his desire for holiness and his gentleness and humility of character,” the Taoiseach said. 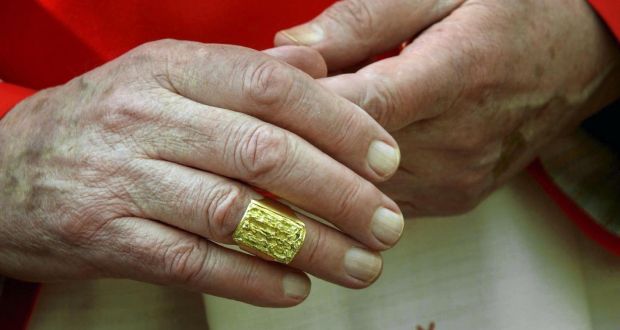 “Dr Connell was a strong advocate for social justice and highlighted the difficulties facing communities in inner-city Dublin throughout his ministry. Throughout his life he dedicated great passion and commitment to the people of his diocese.

“Dr Connell led the Dublin diocese at a very difficult time and recognised the need to allow younger generations to take-up leadership roles in the Church.

“I wish to extend my deepest sympathies to his family, friends, the Archbishop of Dublin Diarmuid Martin and

Cardinal Connells’s lack of pastoral experience made it very difficult for him to deal with the clerical child sex abuse issue maintains Marie Collins who spent years fighting for her clerical abuser to be brought to justice.

Ms Collins told RTE’s News at One that while the Cardinal’s death brings back ‘very bad memories,’ she hoped that he would rest in peace.

She said that at the time that she had her dealings with him he was ‘very locked into the church’s side and on Canon Law, defending the church.’

“He had little understanding of the devastation to victims. When it came to some cases he mishandled them.

“I don’t think he ever accepted the suffering he caused by the way he handled victims.”

Ms Collins said there have been changes and improvements in recent years, but there were still some within the church who had a ‘20 year old attitude’ and did not grasp the impact on victims.

She said she was now a very different person, but at the time when she was pursuing her clerical abuser she had been ‘very vulnerable.’

She does not regret ‘going public’ but admits that it had been very difficult to be seen as an enemy by a big institution like the church.

‘Not the right person for the job’

Prof Moore McDowell described Cardinal Connell as “the wrong man for the job” of archbishop . The UCD economist had worked alongside him in academia.

“He was not emotionally or psychologically right for the job,” he told RTÉ’s Today with Sean O’Rourke show .

“He was very much old-school. He was reserved and kind and had fixed opinions.

“He was pre-Vatican II in his approach to theology and he was very shy.

“I’m sorry he has died. He had a long life and he lived it according to his own lights.

“He was not the right person for the job but he did his best,” he said.

The Church of Ireland Archbishop of Dublin, Dr Michael Jackson, expressed his sympathies to the Catholic members of the archdiocese. In a statement, he said he wished to “assure all of those touched by Cardinal Connell’s death of his prayers at this sad time of bereavement.”

Cardinal Connell’s nomination as Archbishop in 1988 was unexpected and unpopular in some quarters. He was relatively unknown and had practically no pastoral experience, having taught for 35 years at the Metaphysics Department of UCD .

He was often charged with being out of touch with the realities of family life in a rapidly changing Ireland.

His first years as Cardinal were largely uncontroversial. He espoused causes of social justice and they became persistent themes in his ministry. He often criticised governments for their failures on employment, the treatment of Travellers and refugees.

He headed the archdiocese at a difficult time for the Catholic Church; scandals such as those of Bishop Eamon Casey and Fr Michael Cleary broke during the 1990s, but it was the scandal surrounding the handling of child-sex-abuse allegations that did the most damage to Cardinal Connell, both personally and as regards his reputation.

His response to the handling of clerical sex abuse scandals dominated his final years as Archbishop. On more than one occasion, he asked forgiveness from those who had suffered “unspeakable abuse” by priests and had not received due care.

Cardinal Connell was born in Phibsboro in 1926. His father John, a civil servant died when he was 13 and the family of three boys moved with their mother Mary (neé Lacy) to Ballymun Road.

He attended St Peter’s National School in Phibsboro before moving to Belvedere College. In 1943 he entered Holy Cross College, Clonliffe, the diocesan seminary, and began studying philosophy in UCD, from where he emerged with a first-class honours BA and MA.

Following his graduation from St Patrick’s College, Maynooth as a Bachelor of Divinity, he was ordained in 1951.

In 1953 began lecturing in metaphysics in UCD. He was succeeded by Dr Diarmuid Martin as Archbishop of Dublin in 2004.

Man jailed over robbery of amputee in wheelchair

Government has no plans to disown mother and baby homes report 01:59
Leaving Cert oral students marked down ‘through no fault of their own’ 01:43
Covid-19 self-quarantine changes on the way for passengers from Britain 01:38
Pyrite in Mayo: ‘We worked hard. We bought our house in good faith’ 01:35
Irish abroad with Chinese vaccine want hotel quarantine exemption 01:30