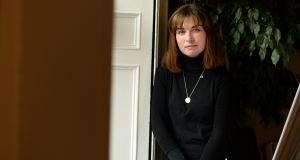 The first rape victim to waive her anonymity after the man convicted of raping her walked free has called for more supports for survivors, especially those going through the legal system.

Lavinia Kerwick, the Co Kilkenny woman who became one of the country’s highest profile campaigners for rape survivors, praised the work of the Dublin Rape Crisis Centre at a conference marking its 40th anniversary.

Ms Kerwick forfeited her anonymity in 1993 to protest at the suspended sentence given to her former boyfriend for raping her early on the morning of New Year’s Day, 1992.

She became a household name for speaking out publicly about the lenient sentence handed down to her rapist and has campaigned on the issue and for supports for rape survivors ever since.

Opening the conference in Dublin, Ms Kerwick said that her message to victims of rape and sexual violence was: “It is never too late to talk.”

More than 25 years after her rape, she said that she needed help after the man who raped her, William Conry, died two weeks before she was due to participate in an RTÉ documentary so she called the rape crisis centre.

“I needed support just to make sure I was okay so I rang the helpline and I was listened to, heard and given the ability to still take part in the documentary,” she said.

The centre had put victims and survivors first, she said, and that this had driven its ethos through her 25-year association with the organisation. She also noted that it has helped her son.

Ms Kerwick asked for more changes to help survivors through court cases and “a life-altering crime.”

She hoped that when a case comes to court, the legal system would understand “that victims have already gone through so much to get that case to court.”

Their “bravery and belief in the judicial system” should be acknowledged, she said.

“I can say that we don’t want to be there. It wasn’t in our plans. Don’t isolate survivors or victims even more by side-lining them,” she said.

“Yes, we are there as a witness but we are also there as human beings who don’t understand the language that is used in court by barristers, solicitors and judges.”

Ms Kerwick spoke of the power of a victim impact statement in allowing survivors to “hand back that guilt and shame” in court and the need to support victims during the process so that they can “piece their life back together.”

“When we support each other, we grow stronger. When we hear each other, we all learn. When we listen, we understand more and when we ask that person, what’s your name, we give them an identity,” she said.

She praised the founders of the Dublin Rape Crisis Centre who opened its doors “so that women will be able to walk where they wanted and dress how they like.”

Ann Marie Gill, chairwoman of the board of the directors of the Dublin Rape Crisis Centre, described its founders as “true pioneers” and praised their “dedication and tenacity” to ensure it survived many difficult times, including during the 2008-2011 economic crash when staff had to take cuts to salary.

She quoted from the centre’s first report which hoped to encourage “a radical re-examination” of the way rape was dealt with. In four decades, the centre had worked with victims and survivors of sexual violence.

“In that time, we encouraged the change to respond to the issue which was such a taboo subject in Irish society and even when it was acknowledged, it was all too frequently minimised,” said Ms Gill. “And we can still see shades of that today, albeit there have been some improvements.”

The conference’s keynote speaker, Eamon Gilmore, the former Labour leader and tánaiste who is now EU special representative for human rights, quoted the United Nations estimate that 35 per cent of women worldwide have experienced either physical or sexual violence in their lives.

It must never be forgotten that behind every statistic was “a real person,” he said.

“It is absolutely crucial that we listen, that we believe and that we support as the Dublin Rape Crisis Centre has been doing for the past 40 years,” he said.

“In many victims’ testimonies, all too often we hear that the manner in which the assault is dealt with by the authorities can cause further trauma and violation.”

He said that “complacency around the narrative” on gender-based violence can be devastating for women.

“It is not normal to make throwaway remarks about sexual predatory behaviour, to make shameful or vulgar comments about women’s bodies, to dismiss women’s intellects, ambitions and to defend such remarks as locker room banter. This is what leads to a chilling culture that we thought was ancient history,” he said.

Mr Gilmore said that gender violence had to be addressed, including online. He warned that internet bullying can “reinforce and normalise gender roles” and create “new pathways for violence and abuse.”

For women and girls, the online world often reflects “a culture of misogyny, marginalisation and violence,” he said.