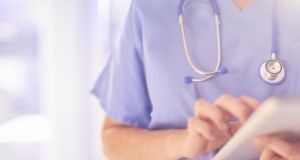 A new international study has criticised Ireland for its lack of reform in the mental health sector despite Vision for Change, which it described as “an ambitious programme of reform launched in 2006”.

“Austerity measures and lack of clear policy guidance has resulted in very little progress. Staff shortages and lack of funding imposes boundaries even for existing services,” in Ireland, the study found.

It said in Ireland “since the economic crisis and following austerity policies, staff in mental health services has dropped from 10,476 in 2008 to 8,967 in 2014 whole time equivalents, putting even existing services at risk”.

The Mapping and Understanding Exclusion in Europe report, a unique study which looks at the state of mental health services in 35 European countries,was undertaken by the non-governmental Mental Health Europe and the University of Kent’s Tizard centre.

It found that “tens of thousands of people with mental health problems are living in psychiatric and other institutions in Europe today. At least 264,000 people live under full guardianship, isolated from society and deprived of the right to make choices which make up our everyday lives”.

It was also the case that “institutional care, the use of coercion, forced medication, loss of rights and reliance on involuntary hospitalisation of people living with mental ill-health are not only a Central and Eastern European problem.”.

Countries in Western Europe, “including France, Belgium, Ireland, the Netherlands, Portugal, and Germany still have mental health systems where treatment relies too much on confinement and where tens of thousands of people with mental health problems are still living in closed institutions”, it said.

Based on information supplied by Mental Health Ireland, the HSE,the Health Research Board and the Mental Health Commission, the study found that in Ireland “long-stay ‘community residences’ for up to 25 people per unit accommodate approximately 1,500 residents”.

“People may live in these settings for several years. Acute beds are also available where the average length of stay is nearly one month,” it said.

There were also “over 100 ‘community residences’ that were mostly established during Ireland’s deinstitutionalisation programmes in the 1980s”, the report said.

“These homes are for 10 to 25 residents, and inspectoral visits revealed poor physical conditions and financial abuse of residents. Residents often stay in these homes for several years,” it said.

Further, “in 2016, there were 68 cases when children under 18 were admitted to adult psychiatric units”.

It noted that in Ireland, 90 per cent of mental health difficulties are dealt with in the primary healthcare system, for example by general practitioners. It said “the lack of specialist knowledge and long waiting times are making this level of healthcare often unsatisfactory for users”.