Scientology linked to plans for centre in Co Meath town

Ballivor locals, annoyed at being ‘stonewalled with secrecy’, plan to protest at the site next week 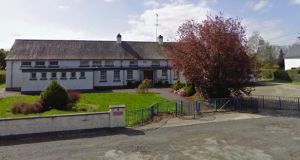 Rumours have circulated that an abandoned national school in Ballivor has been taken over by a controversial drug rehabilitation group linked to the Church of Scientology. Image: GoogleMaps

For the last several months rumours have circulated in the small Co Meath town of Ballivor suggesting that its abandoned national school had been taken over by a controversial drug rehabilitation group linked to the Church of Scientology.

Locals have been so concerned with the rumours that community meetings have been organised with Scientology representatives invited to attend.

But until now that’s all they were, rumours. Scientology’s spokeswoman in Dublin repeatedly said she had no knowledge of the facility and insisted the drug treatment operation, Narconon, was an entirely separate organisation to the church.

Scientology’s Dublin operation declined to send a representative to a meeting of Ballivor locals to alleviate their concerns last month, while requests for comment from Narconon in the UK went unanswered

On Friday, The Irish Times confirmed the facility is closely linked to Scientology, forming part of the organisation’s efforts to insert itself into many aspects of Irish society including the educational and charity sectors.

When asked by phone on Friday whether Mr Alabaster was available to talk, a staff member at the Church of Scientology national affairs office in Merrion Square said Mr Alabaster was not in the office but had visited Ireland a number of times in recent months to work on a “project” in the country.

The staff member also confirmed that Mr Alabaster “moves around a lot” and that he is based in the US.

A further request for comment from the Church of Scientology went unanswered.

Noel Smyth & Partners represented Scientology’s Irish operation in a 2013 High Court case in which a former member sued for the return of money he had given the church. The firm also represented Scientology in a 2003 case where another former member sued the church alleging conspiracy, misrepresentation, breach of constitutional rights and deliberate infliction of emotional harm. The case was settled.

While the Church of Scientology denied any connection to the treatment programme, the Narconon methods are advertised on the scientology.ie website as “procedures to alleviate the mental and physical anguish connected with drugs” through a rehabilitation process which eliminates all drug residues from the body. The main treatment involves subjects spending hours in a sauna while taking huge doses of vitamins.

In 2012, Oklahoma authorities investigated several deaths at the state’s Narconon facility before revoking its medical permit.

Health Service Executive (HSE) representatives have previously stated aspects of the treatment have no standing within the medical community. Asked for comment, a HSE spokeswoman said it has no involvement with the plans.

The new owner of the Ballivor site is yet to apply for permission to change the purpose of the development. Documents lodged with Meath County Council still state its intended use is as a nursing home.

Cllr Noel French (Fine Gael) said he first aired his concerns last October, and that these have increased as the months have passed.

“We have tried to find out what the building is going to be used for but we’ve been stonewalled with secrecy. Why all the secrecy over a nursing home in the middle of a town with 1,700 residents?

“At the minute contractors can finish the building up to planning permission regulations, which is what they are entitled to do. We can’t legally challenge this venture - whatever it is - but we would like to take a stand and get it out there that the community of Ballivor don’t want it.”

Mr French added: “Ballivor is vulnerable place as it is. There is only one bus in and out of the village and no GP. We do not need a ‘wellness centre’ or anything else remotely associated with the teaching of the Church of Scientology.

“We have fear over the lack of information and that fear, at the minute is our power unless we get transparency,” he said.

Locals have planned a protest at the site for next Wednesday. Local resident Claire O’Mara said one of the most worrying aspects about the development is the secrecy.

“Is it the Church of Scientology, is it Narconon? Are they the same thing? We are being told nothing and that’s scaring us into operation,” she said. “There is 24 hour security on site, whose car registration plates are all blacked out. This centre would give the wrong impression of our town” Ms O’Mara continued.

“There’s less of a chance to shut it down once it’s opened so we will do all we can now, unless we receive information to ease our concerns.”

1 Gardaí disperse crowds gathered at coastal beauty spots
2 Six counties free of new cases of Covid-19 over past week
3 How lockdown has helped us to save money - and find new ways to spend it
4 George Floyd death: sweeping protests see curfews in 22 US states
5 Cabinet to decide on Friday if travel curbs can be lifted early
Real news has value SUBSCRIBE