Forum seeks to give voice to most-vulnerable drug users

April 13th, 2016: On the streets: The detritus, human and otherwise, of open drug injecting is visible across Dublin city centre on any morning 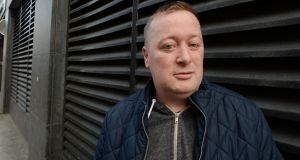 Of the 30 or so children who Philip Weldon (42) hung around with as a child, five are still alive, he says.

“Mostly they died of overdoses, some hanged themselves and a few died in prison. All drugs basically. It was where I grew up; everyone was on something in Dolphin’s Barn in the 1990s.”

Recovering from a heroin addiction that started when he was 13, Weldon is now on 85ml of methadone a day. He would “love to get off” the synthetic opiate which he collects daily from a Dublin city-centre clinic for 22 years.

“I’ve done the detox programme in Beaumont, which is four weeks, but I’ve been waiting two years for an after-care [programme]. It’s hard to stay clean when you’re back and bumping into people who are selling tablets. In an ideal world I’d love to do the detox and get straight into an after-care programme.”

John Devoy (53), also recovering from heroin addiction, has been clean for 10 years. He is a member of the Union for Improved Services Communication and Education (Uisce), the national forum for drug users which published its 2017 strategy on Wednesday.

Uisce, which was founded by the late Tommy Larkin in the 1990s, aims to give voice to the most vulnerable drug users, particularly those injecting in the open, many of whom are homeless.

I was put in the corner with colouring pencils and ignored. But I always loved art

The most damaging impact of his drug use, said Mr Devoy, was the effect of “the stigma associated with addiction” on him and his family.

“Changing the language is the first part of breaking the stigma. We are people first and call ourselves ‘people who use drugs’. Words can be powerful when used to clarify and inform . . . but can also be used to discourage, isolate, misinform, shame,” he said.

Now an illustrator who has exhibited his work, he says he was always made to “feel stupid” in school as he was not academic. “I was put in the corner with colouring pencils and ignored. But I always loved art. I think once someone knows their basic maths and English, other skills should be identified. If I had been encouraged in my arts in school it would have made a big difference.”

Both Mr Weldon and Mr Devoy would like to see a greater voice for those recovering from drug addiction in their own treatment, more rapid access to treatment, greater respect for people who use drugs and the provision of supervised injecting facilities “as soon as possible”.

Looking down on us isn’t helping. Listening to us would

“I know I could do as good a job as anyone if I got the chance,” says Mr Weldon. “But people have no respect for addicts. You’re already feeling horrible in yourself if you’re an addict. Looking down on us isn’t helping. Listening to us would.”

Minister of State for Drugs, Catherine Byrne, who published the Uisce strategy, said the new national drugs strategy was nearing completion and was expected before the summer. The State’s first supervised injecting facility should be open before the end of 2017.