Calls for Government action over prevalence of vulnerable adult abuse 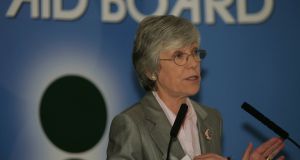 A public awareness campaign on abuse of vulnerable adults is to begin following a survey which found that half of the State’s vulnerable Irish adults have been abused or seen somebody close to them abused.

Vulnerable adults are people who may be unable to protect themselves against being harmed or exploited due to illness, mental health problems, physical disability or intellectual disability.

Minister of State Finian McGrath said the findings suggested “a startling prevalence of abuse of vulnerable adults” in Ireland, “as well as a lack of clarity of how and where to report such abuse when it is witnessed”.

Society and Government had a duty of care to all its citizens, “particularly those who are more vulnerable”, he said. Abuse of the vulnerable was “a cross-departmental issue and I intend to work across departments to agree measures to protect our vulnerable adults from abuse,” he said.

The RedC survey was commissioned by the NSC and its findings were published on Tuesday. They showed widespread public concern that many vulnerable adults were experiencing and open to physical, emotional, psychological and financial abuse.

It found that physical abuse of vulnerable adults has been witnessed/suspected by one in three adults, very often in the home.

More than one in three had experienced emotional abuse and almost two in five (38 per cent) think vulnerable adults are badly treated.

There was significant public concern about the need to safeguard those who are limited in their ability to protect themselves and a lack of clarity over where to report vulnerable adult maltreatment, particularly among younger people.

Ms Rickard Clarke said the committee existed to ensure there was “a zero tolerance of abuse” where vulnerable adults were concerned and that “these research findings indicate a very worrying prevalence” of such abuse.

They also indicated “uncertainty over what constitutes psychological and financial abuse, and a lack of knowledge of what to do when you become aware of the abuse of vulnerable adults.”

Any vulnerable adult could be subject to abuse, she said, and “recent cases of historical practices and institutional abuse in Ireland have led to significant public concern about safeguarding our most vulnerable citizens”.

In addition to strengthening the legislative framework for safeguarding, the NSC wanted to see “progress towards the establishment of the Decision Support Service within the Mental Health Commission. This will provide support to adults whose capacity for making decisions is in question. It must be given adequate resources,” Ms Rickard Clarke said.

3 Abbeyfeale: ‘People will tell you the town is f***ed’