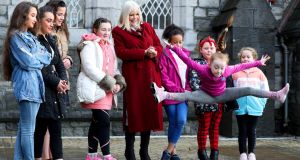 Incidents of racism against Traveller school children and students at all stages of the education system were recounted at two events on Tuesday.

The abuse was perpetrated by teachers, as well as other children and students, and was identified repeatedly as a factor in low educational attainment among Travellers.

Cuts to Traveller teaching supports from 2009, the apparently widespread imposition of reduced timetables on Traveller children and the challenges of completing education when living in extreme poverty were also highlighted.

At the Oireachtas Committee on the Traveller Community, Phd candidate Patrick McDonagh told how on his first day in Trinity College a student expressed how “horrendous it would be to have a Traveller flatmate”.

“I’ve been lucky [racism] has been rare, but that was my first exposure to life in Trinity. It does take you sometimes a few months to say [you are Traveller] with people saying things like that in front of you.”

At an event hosted by the Department of Education to publish an action plan to increase Traveller participation in higher education, Dublin woman Kathleen Sherlock told how a six-year old relative was dealt with by his teacher when he complained about being bullied.

“He was being called knacker, tinker. She told him he’d just have to deal with it. He did not complain again. That’s not good enough. It’s just not good enough. Sometimes it’s not just children we need to address it with. It’s the teachers as well.”

Owen Ward, from Galway and now a history teacher in the city, said he did not feel anyone was “bad” to him in school.

“But I was lost in school. It’s the isolation.” Asked if that came from the students or the teachers, he said: “Both. It was the lack of understanding, the lack of empathy. Empathy is so important.”

He said more Travellers becoming teachers would be transformative for children from Traveller and other marginalised backgrounds.

“That’s what we bring when we’re teaching. We can draw from our past experiences.”

The Oireachtas committee heard just 8 per cent of Travellers in 2011 had completed their secondary education to Leaving Certificate and just 1 per cent had a third-level degree. The number of Travellers in higher education had risen to 61 last year, compared with 35 in 2013. The Department’s target is to increase that to 80 by 2021.

Young Travellers who had completed third level described other challenges – including one who outlined studying for his Leaving Cert while living with his family in an a caravan by the side of the road with no electricity at night. All, however, noted support from family and their secondary schools.

A speaker from the floor said “unfortunately” the young speakers were among the “fortunate few”.

Systematic changes were necessary, including restoration of specialist supports for Traveller school children, homework supports, anti-hate-speech legislation to tackle racism and the teaching of Traveller history and culture in schools. Mr McDonagh called for dedicated Traveller scholarships at third level.