Entire board at psychotherapy association replaced 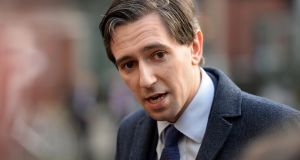 Minister for Health Simon Harris said he was proceeding with plans to set up a new statutory registration board for counsellors and psychotherapists. Photograph: Dara Mac Dónaill

The chair and deputy chair of the Irish Association for Counselling and Psychotherapy (IACP) have resigned, a spokesman has confirmed.

It means the association’s entire board has now been replaced following a disagreement over transparency.

It has also emerged that, due to action by Minister for Health Simon Harris, there may be no further role for the IACP and other relevant professional associations from early in the new year.

A motion of no confidence in the IACP board was proposed for its annual conference in Kilkenny on October 21st last. Supported by three former chairs, it was withdrawn to avoid publicity.

At the seven-hour meeting none of its outgoing directors was elected to the board. Chair Eugene McHugh and deputy chair Sheila Haskins remained in place having been elected for a two-year term last April.

A spokesman has confirmed they have since resigned. The new, and former, IACP chairman is Ray Henry and its new deputy chair is Bernie Hackett. Most of the new board were former directors.

The IACP, a registered charity, was set up in 1981 and since 1983 it has accredited counsellors and psychotherapists in Ireland. It represents more than 4,200 members, each of whom pays an annual membership fee of €300. Currently, an estimated 95 per cent of its income comes from the accreditation scheme.

However, it may have no further role in the near future.

In a written reply to Independent TD Catherine Connolly, Minister for Health Simon Harris said he was proceeding with plans to set up a new statutory registration board for counsellors and psychotherapists.

When asked what would be the IACP role in the new context, where its income would then come from and what would happen its current staff, the IACP spokesman said “these are matters for the future that are subject to developments and that the new board of the IACP will consider over the coming period”.