Christian Brothers withdrawal is not first clash over divestment 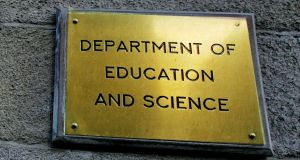 The Department of Education had discussions with the Edmund Rise Schools Trust over the divestment of a former school at Basin Lane in Dublin.

A decision by the Christian Brothers to withdraw the transfer of land worth €127 million to the State as part of the redress scheme for institutional abuse is not the first time the religious order has frustrated government policy.

Records of correspondence from the time show the ERST, an entity chaired by Mr Justice Peter Kelly which controls the property interests of the Christian Brothers, refused to surrender the vacant school premises until it had secured financial concessions.

Frustrated at the slow pace of progress on the transfer, the first to take place under the department’s much-trumpeted school divestment plan, secretary general Seán Ó Foghlú wrote to Mr Justice Kelly in early 2013 expressing “very strong disappointment” that neither he nor a trust nominee had attended a meeting between department officials and the ERST board to progress the matter.

In response, Mr Justice Kelly stated he was unable to attend “because to have done so would have been in breach of an orderly procedure” which was set in place by ERST board members.

These procedure barred members of the trust attending meetings with any parties expressing an interest in acquiring the property at Basin Lane, Mr Justice Kelly wrote.

The procedures were aimed at ensuring members “could discharge their obligations, both legal and ethical, in a proper, fair and even handed fashion”.

Mr Ó Foghlú’s subsequently wrote to Mr Justice Kelly saying the ERST proposal for a five-year lease on the property was unacceptable, and called for “further discussion” on the plan.

Mr Justice Kelly replied, in a letter on March 5th,2013, that “I would like to make it clear there is no agreement in principle or of any other sort in existence” between the ERST and the department, and the trust directors had no authority but to comply with the collective decision of its members.

A deal was eventually agreed to lease the building for 10 years at a “fair” market rate which the department has not revealed, citing commercial sensitivities.

As part of the deal, the department had to surrender any historical claim over the property, which had been held in trust since 1959.

The department had initially sought for the property to be donated to the state or alternatively be handed over on a 24 year lease to “provide for a level of security of tenure” for the new patrons Educate Together.

In letters to the trust in 2013, the department emphasised the “importance of the relationship with ERST” in view of planned capital investment of €91 million in ERST schools, as well as the Christian Brothers’ outstanding bill for compensating victims of institutional abuse.

However, documents obtained by The Irish Times under the Freedom of Information Act show such pleading had little impact, as the trust cited its “legal and financial obligations” to secure a proper return.

“Recent examples of institutions in Ireland which have ignored such requirements and obligations are unfortunately all too well known,” the ERST board wrote in August 2013.