Christian Brothers ‘withdrew’ offer to give up land worth €127m

Transfer pledge was made in 2009 following publication of Ryan report 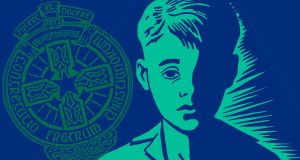 An offer from the Christian Brothers to transfer land worth €127 million to the State as part of its contribution towards redress for people abused in institutions it ran was “withdrawn”, according to a report from the Comptroller and Auditor General.

The offer was made in 2009 in response to the Ryan report, which detailed decades of abuse suffered by children in institutions run by religious orders.

In total, €353 million in cash and property was offered by 18 congregations. Approximately one-third of this was to come from the Christian Brothers.

Eight of the report’s chapters were devoted to the brothers, the largest provider of residential care for boys in the State during the years concerned.

It has now emerged the offer from the brothers was “withdrawn” in 2015. The development was disclosed in a report from the Comptroller and Auditor General, Séamus McCarthy, published yesterday.

It said the total cost of the Commission to Inquire into Child Abuse, which led to the Ryan report and the associated redress scheme, was more than €1.5 billion by the end of 2015.

A spokesman for the Christian Brothers said the Department of Education and Skills had not accepted a proposal for the transfer of the land promised in 2009 to a joint trust between the State and the Edmund Rice Schools Trust (ERST). It has now decided to transfer lands worth over €100 million to the ERST. “The C&AG report predates significant payments by the congregation,” the spokesman said.

The property was predominantly playing fields associated with ERST schools and so would be of benefit to the students and ultimately the State, he said. As well as the land, the brothers also pledged to contribute €34 million in cash, and €24 million of this had been handed over, with the remainder to be paid this year, he said. These measures, with prior transfers by the congregation, “will bring total contributions to redress, welfare and education to over €600 million”, he said.

The chairman of the trust is Mr Justice Peter Kelly, who was appointed president of the High Court in December 2015. It will now receive ownership of the playing fields associated with the ERST schools.

Minister for Education Richard Bruton said the religious orders had a “moral responsibility’’ to pay half the cost of compensating those who were abused in their institutions. The children were usually sent to the institutions as a result of court orders, and the department had a duty to ensure they were properly run.

Mr Bruton said he found the situation in relation to the contribution from the religious groups “hugely disappointing and massively frustrating”, with “one substantial offer having been withdrawn”.

The Government did not have a legal mechanism for compelling the orders to pay half the cost, he added.