Children significantly increase use of technology during lockdown 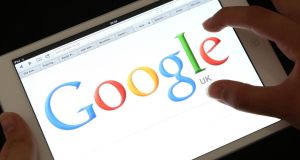 Research looked at how children and parents engaged with digital technology during the Covid-19 lockdown.

Children of all ages significantly increased their use of technology during the lockdown introduced to combat the spread of Covid-19, but less than one-third reported having been victims of cyberbullying, according to new research.

The research, which canvassed the experiences of more than 1,000 parents and children, was carried out by the National Anti-Bullying Research and Resource Centre at Dublin City University in partnership with the Joint Research Centre of the European Commission.

It looked at how children and parents engaged with digital technology while staying at home during the Covid-19 lockdown and examined a number of impacts on children’s online safety and overall family wellbeing.

It found that children significantly increased their use of technology during the lockdown, with 71 per cent of children who use smartphones saying they used them more often during lockdown than before.

The same was the case with 72 per cent of children who use social media, 66 per cent of those who use gaming consoles, and 65 per cent of instant/private messaging users.

While many social media sites do not allow children under the age of 13 on their platforms, 75 per cent of children in the 10-13 age category said they used social media more frequently.

Despite this increase in technology use, less than one-third of children reported to have been victims of cyberbullying during lockdown (28 per cent) and there was not a sharp increase in victimisation.

Incidents of cyberbullying were found to be more prevalent within younger age groups and between boys. For 66 per cent of children who were cyberbullied aged 14-16, it was more common in private or instant messaging services such as WhatsApp or Viber.

Many parents who participated in the study agreed on the positive aspects of technology use, in particular that it helped them to maintain contacts with family and friends (86 per cent) and that it helped their family be more creative during lockdown (61 per cent).

Important digital skills were reported, such as an increased knowledge of video conference tools, while almost half (49 per cent) of children said they know where to find health information they can trust.

While there were many positives, a portion of parents reported an increased level of worry over their children’s internet and digital media use.

More than half (57 per cent) expressed concerns that the pandemic would have a negative impact on their child’s education, while 42 per cent reported worries about cyberbullying and 62 per cent worried about their children’s mental health.