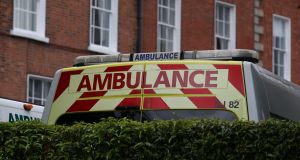 Abuse survivor organisations have called for a “complete review” of child protection standards in St John Ambulance, following revelations of past child abuse within the paramedic organisation.

Three survivors spoke to The Irish Times about the abuse they suffered at the hands of a former senior member of the organisation in its Old Kilmainham division, in incidents dating from the 1990s.

The allegations made against the man have been deemed to be founded, following an investigation by Tusla, the child and family agency.

The abuser, who cannot be named for legal reasons, was a member of the voluntary organisation from the 1950s until at least 2000, and left under pressure to resign.

Maeve Lewis, executive director of survivor support charity One in Four, called for “a complete review of current child protection policies” in the organisation, in response to the article.

The past response to the abuse within the organisation was “reminiscent of so many other scandals over the years” she said. Similarities included weak child protection policies and a failure to properly follow up on allegations reported, she said.

The priority appeared to have been “to protect the reputation of the organisation”, Ms Lewis said. While the abuser had been removed at some point in the early 2000s, the organisation had failed to address “the huge damage” he had caused up to that point.

St John Ambulance, which provides first aid at sporting, music and community events, has said it is “aware of historic allegations relating to a former volunteer” but could not comment due to an ongoing legal case. The three survivors are taking a civil case against both the organisation and the abuser.

Gardaí had investigated the allegations against the man and sent files on the three cases to the Director of Public Prosecutions, who in July 2018 directed that no prosecution be taken, as it did not feel there was sufficient evidence to secure a conviction.

In a short message to members on Monday, the organisation’s commissioner John Hughes said to comment on the abuse allegations while the civil case was ongoing “would be inappropriate”.

Mr Hughes told members “the safeguarding of children and the vulnerable is and will remain our first priority” and that the organisation was “fully committed to providing a safe environment”.

In response to further queries on the historic abuse, a spokesman for the organisation said it would not be commenting further.

Minister of State with responsibility for disability Anne Rabbitte previously met the three abuse survivors when she was Fianna Fáil’s spokeswoman for children in Opposition.

Speaking on Monday, Ms Rabbitte said there had to be “clear accountability” in response to the past abuse, and the current “silence” from St John Ambulance could not continue.

Ms Rabbitte said a “concrete response” was needed from the organisation to provide assurances of safeguarding standards.

Minister for Children Roderic O’Gorman said last year Tusla had reviewed St John Ambulance’s child safeguarding statement, which details its policies to keep children safe, and the agency deemed it to be compliant.

Tusla had also reviewed its records in the Dublin Mid-Leinster region and “is satisfied that no other allegations of a similar nature against persons associated with St John Ambulance were received in that region”, he said.

Mr O’Gorman praised the courage of the three survivors for reporting the abuse and speaking publicly about their experiences.