World Heritage sites race to adapt to a warming planet

The effects of climate change could damage, and possibly even destroy, our collective heritage 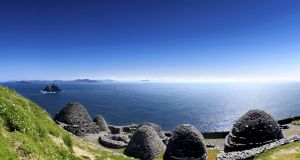 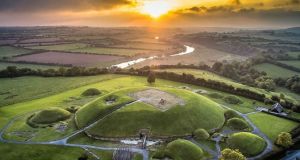 For almost 50 years, Unesco’s 1972 world heritage convention (WHC) has been the foremost global instrument for the protection of humanity’s natural and cultural heritage. In 1977 the World Heritage List was created, which inscribes recognised sites of cultural and natural outstanding universal value around the world.

While these sites may vary significantly, many are affected by expanding biodiversity loss and the impacts of climate change. With global warming likely to reach 1.5 degrees above preindustrial levels by 2040, the effects of climate change have already raised sea levels, melted ice caps in the Arctic Ocean and increased risks of disasters such as floods or fires. All of these have the potential to directly affect, and possibly destroy, the world’s collective heritage. In our current political and social climate, the need to protect these sites of global importance has come to the forefront.

Ireland is a signatory to the WHC and boasts two famous sites: Brú na Bóinne and Skellig Michael. Brú na Bóinne in Co Meath contains the iconic passage tombs of Newgrange, Knowth and Dowth, as well as recently discovered processional routes, henges and mounds. This cultural landscape has been dealing with climate impacts for many years.

Of particular concern is increased flooding of the Boyne river valley, which has the potential to damage the numerous archaeological sites and megalithic artwork, cause changes to the valley’s biodiversity and damage the monumental structures. Skellig Michael off the Co Kerry coast is also presented with climate change challenges. The cultural heritage of this early medieval monastic island settlement is at risk, as archaeological structures suffer from erosion and physical degradation.

Increased severity of Atlantic storms has caused soil erosion on the island’s slopes and climate change also poses a future risk to the island’s seabird colonies. Since its appearance in the Star Wars films, Skellig Michael has become more prominent and visitor numbers have dramatically increased, potentially impacting the fragile site. The Department of Culture, Heritage and the Gaeltacht has responded to climate change risks to our built and archaeological heritage with a comprehensive adaptation plan, which aims at reducing vulnerability, developing risk preparedness and resilience and monitoring climate impacts. As a result, climate change adaptation will be built into all heritage management plans and policies.

The International Council on Monuments and Sites is an advisory body to the World Heritage Committee and is tasked with mobilising cultural world heritage for climate action. Dr Will Megarry of Queen’s University Belfast is a member of its Climate Change and Heritage Working Group and has seen climate change impacts across numerous heritage sites, from Edinburgh Castle to Rapa Nui on Easter Island.

Recently, these sites have been highlighted by the Google Arts and Culture-hosted Heritage on the Edge platform. However, Megarry notes that while the WHC was conceived to protect sites’ heritage values, the sites can also play a vital role in climate action. A recent report by the council’s advisory body, The Future of Our Pasts, looks at ways cultural heritage sites can contribute to climate action. This can happen at every level, from individual buildings to large ecosystems. Sydney Opera House became completely carbon neutral in 2018, providing, as Megarry explains, “a really good example of one of the most iconic heritage sites in the world being used to promote carbon mitigation”. At the other end of the scale, world heritage forest sites cover more than 75 million hectares, providing benefits by storing more than 10.5 billion tonnes of carbon.

World heritage conservation increasingly looks to interlinkages of cultural, natural and social factors for site management and climate action. Previously, human impacts on the environment have been seen as wholly negative, with humans destroying what was considered to be “pristine” wilderness. However, positive relationships between humans and their environment are increasingly acknowledged as important for conservation, particularly those of indigenous peoples and local communities who are often most vulnerable to climate impacts.

Traditional and indigenous knowledges and practices that contribute to site sustainability and climate change adaptation are often learned onsite and passed from generation to generation. This expertise is important for site management strategies including research and monitoring. An informative case is Pimachiowin Aki in Canada, inscribed on the World Heritage List in 2018. It is Canada’s only mixed site, valued for both cultural and natural heritage.

Community involvement is at the heart of Pimachiowin Aki’s World Heritage status, as the determination of Anishinaabe First Nations to protect their ancestral territories drove the 16-year campaign behind its inscription. A vast expanse of boreal forest, extensive water systems and Anishinaabe cultural heritage, the site covers nearly 30,000km2 across Ontario and Manitoba. The forest is vital to humanity as it filters greenhouse gases and stores huge amounts of carbon. In addition to protecting iconic species such as wolves and woodland caribou, the site’s vast scale supports ecosystems under pressure from climate change as species have a better chance of finding new ranges for habitat.

The Anishinaabe First Nations’ way of life is central to Pimachiowin Aki’s conservation. Their tradition of “keeping the land” is based on harmonious relations with all life forms and guides all management decisions. This careful custodianship means visitors will find the land much as it was more than 7,000 years ago. “The entire site is protected from industrial-scale commercial logging, mining, and hydroelectric development and all of its waterways are free of dams and diversions” says Alison Haugh, executive director of the Pimachiowin Aki Corporation, which oversees site management.

The four Anishinaabe communities who manage Pimachiowin Aki along with the governments of Ontario and Manitoba are vital to ongoing research and monitoring. “Full-time guardians from the Anishinaabe First Nations observe, record and report on indicators of cultural and natural values in the site,” says Haugh. “Elders and other knowledge-keepers are engaged in developing indicators and metrics to provide reliable information on ecosystem health and the cultural landscape.”

Research collaborations are also under way with the University of Manitoba, says Haugh. “The Guardians, Pimachiowin Aki Corporation and the university are monitoring habitat intactness and climate change resilience in the site, using migratory bird communities. Pimachiowin Aki is likely to be an important refuge for bird species displaced by climate change and habitat loss further south.”

While the World Heritage Convention offers a global instrument for conserving humanity’s heritage, climate change will continue to impact sites, creating risks and issues for conservation. Ultimately, governmental action in implementing the 2015 Paris climate-change agreement needs to be matched with responsible individual choice, identified by Dr Will Megarry as a vital element of climate action.

This can include slow tourism where travellers take an ethical approach in visiting World Heritage sites, having quality experiences in single destinations rather than frequent, fast-paced trips. “The reality is we’ve got to understand our own contribution to this,” says Megarry. “People like travelling the world to see exceptional places but for me, heritage is fundamentally something local. I think the recent Covid-19 crisis has really identified the importance of the spaces people have around them.”

Leanna Wigboldus and Irene Fogarty are researchers in World Heritage at UCD, funded by the IRC Government of Ireland Postgraduate Scholarship